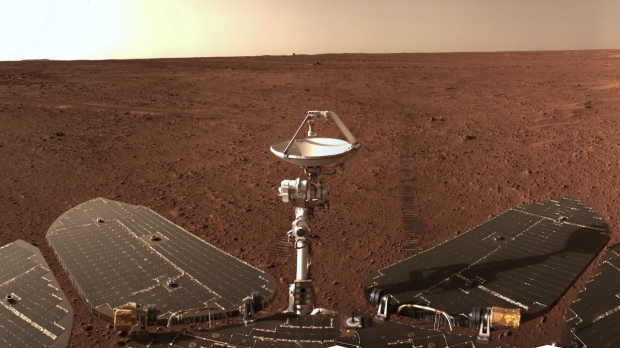 China's Zhurong rover has been exploring and documenting the Utopia Planitia for 100 days, and to celebrate this milestone, it has taken a panorama. The rover has covered 3,491 feet since it arrived on Mars on May 22, but in mid-September, China's National Space Administration will initiate the rover, and its orbiting companion Tianwen-1 to enter safe mode for more than a month as the Sun's charged particles will interfere with communications sent from Earth.

As the time to switch the rover and its companion into safe mode approaches, researchers captured their surroundings with the above panoramic image. The image shows the Zhurong rover's antenna and a dune that is a possible location for the rover to inspect. If you are interested in reading more about the Zhurong rover, check out this link here.