Death Stranding is a game built on limitations. The new director's cut re-release on PlayStation 5 removes a lot of those limitations and eases the pain of meticulous gameplay.

The quality of life improvements in the new Death Stranding Director's Cut are so good it's almost like playing the original game with cheats. Today at Gamescom, Kojima Productions outlined some of the new major adjustments and tweaks coming to the $50 Death Stranding re-release that will probably irk anyone who beat the game at launch.

As I outlined in our Death Stranding PC review, the game is built on monotony and constantly paying attention to a million little things. Carry weight, not tripping over a rock, carefully balancing on a ladder over a gigantic precipice fall. The new Director's Cut makes things far easier for new players.

Some of the major QoL improvements in the Director's Cut include the new stabilizers, which are kind of like a jetpack that slowly lowers you via thrusts for a safer landing. Now you can jump off of huge cliffs and use the thrusters to traverse huge gaps. The cargo catapult is also a crazy new QoL feature that literally lets you shoot cargo across the map and land it at a delivery zone with drone-style controls.

The buddy bot also has boosted capabilities to hold your cargo. You can even climb aboard and ride it to a specific location. This is pretty huge.

One of my favorite new tweaks are the jump ramps, which let you zoom over massive valleys while in a vehicle like a motorbike.

These are just a few of the tremendously helpful new improvements offered in the Death Stranding Director's Cut. The game is restrictive enough to where these new upgrades can and will significant change the entire scope of the game, saving you precious time in an era that's about to be dominated by heavy-hitters like Call of Duty Vanguard, Battlefield 2042, GTA V, and Halo Infinite. 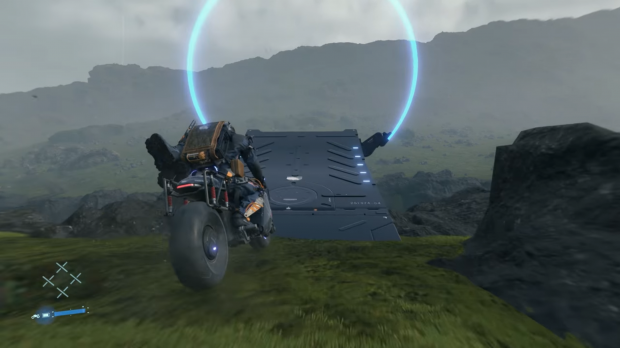