Humans of the future will be very different from what we are today. They will possess much more advanced technology and will most likely have a deeper understanding of the universe.

However, humans of the future will probably still be interested in the history of our species, which is why NASA is sending a message to us of the future. This isn't the first time NASA has created a time capsule that contains what humans have understood so far and sent it out into the void of space. In the 1970s, NASA's first four spacecrafts to leave our solar system contained time capsules plaques that have messages to alien life.

Now, NASA is doing it again, but this time the space agency isn't planning on sending a message to aliens but to human astro-archeologists of the future. The mission is called "Lucy," named after the fossilized human ancestor discovered in 1974. NASA will launch the Lucy in 2033, and its destination will be six asteroids that are on six separate orbits of the sun. Once Lucy has passed those asteroids, it will reside among the Trojan asteroids for possibly millions of years, or until it's discovered by someone or something. 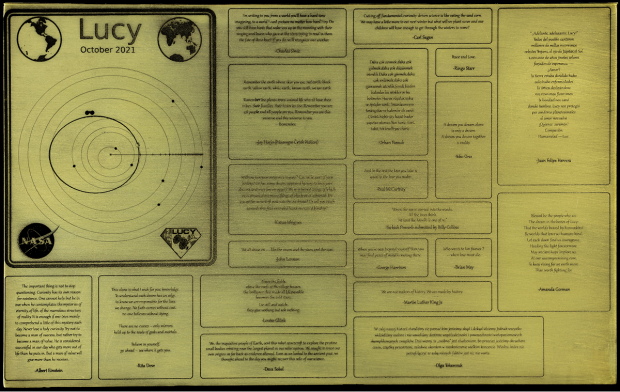 The plaque contained in Lucy is filled with quotes from prominent members of society that represent an understanding of early space travel and human life. If you are interested in reading the quotes for yourself, check out this link here.