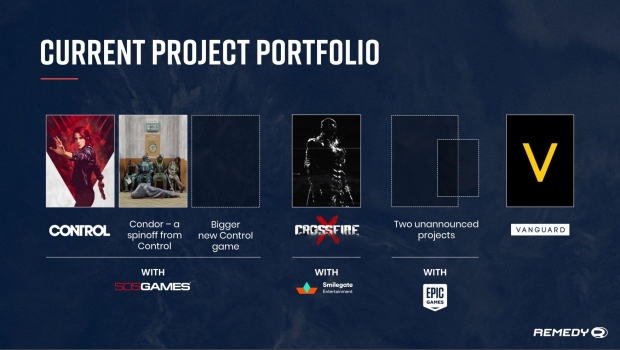 "We are still working on Control, we are expanding the world of Control, and we also announced there is a bigger, new Control game in very early phases of conception," Virtala said in a recent earnings call.

Right now the studio is focused on two projects for Epic Games, one big and one small. Both of these titles are expected to be in the Alan Wake universe, and Virtala says the games have enter full production. The exec suggests the Epic titles will be ready before its new Control games.

The Finnish studio is currently working on five separate project workloads in parallel: