A report published on Monday by The New York Times has revealed that China may be constructing more than 100 hundred nuclear silos in an effort to expand the country's nuclear arsenal. 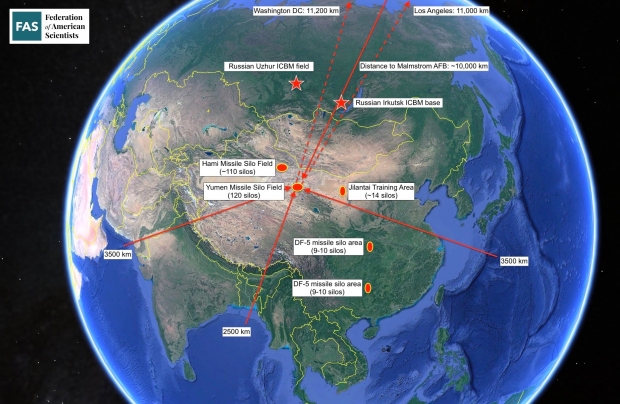 According to scientists from the non-profit global think tank, the Federation of American Scientists (FAS), China is currently constructing up to 110 nuclear silos near the city of Hami, located in the eastern part of the country's Xinjiang province. The report revealed that the discovery was made through satellite images of the area, and according to researchers, the construction site likely began around March.

This discovery has come after the US found that China was building 119 nuclear silos near Yumen last month. According to FAS researchers Matt Korda and Hans M. Kristensen, "The silo construction at Yumen and Hami constitutes the most significant expansion of the Chinese nuclear arsenal ever." Song Zhongping, a former People's Liberation Army instructor, told the South China Morning Post that nuclear silos were outdated and "these fixed silos" were discarded. 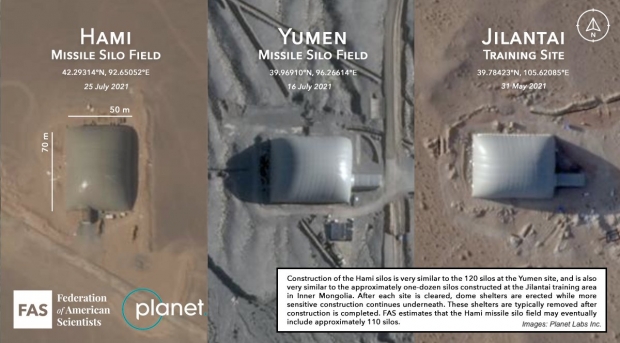 However, FAS researchers said in their study that if the silos were all loaded with missiles, "Chinese ICBMs could potentially carry more than 875 warheads (assuming three warheads per missile) when the Yumen and Hami missile silo fields are completed." 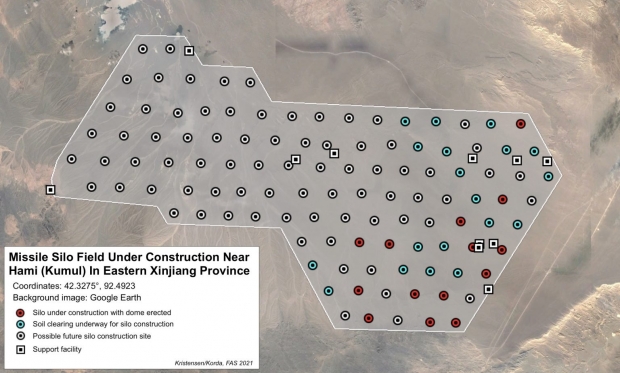 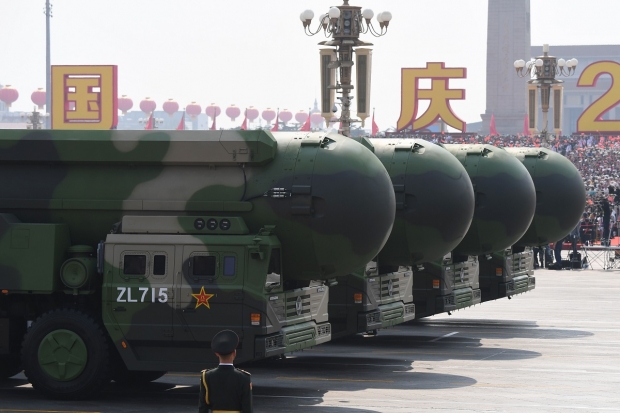