It seems the gigantic crackdown on cryptocurrency mining operations in China is going to the next level, with Chinese Bitcoin mining outfit, Optimum Mining Host, moving 1 million Bitcoin mining rigs from China to Canada. 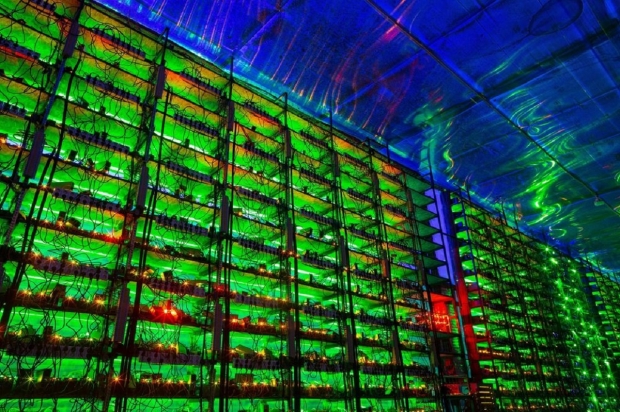 Moving 1 million anything from one place to another is a gigantic operation no matter what it is, which is why the company is getting Black Rock Petroleum Company to help out. Moving all of that hardware out of China is going to be hard -- for many reasons, not just a logistics reason -- with the 1 million rigs being moved out of China and into Alberta, Canada spread out across 3 locations.

The new Alberta, Canada relocation will have the 1 million Bitcoin mining rigs will be spread across three Natural Gas producing sites. The first 200,000 machines will be hosted by the Quirk Creek Gas plant which is operated by Caledonian Midstream Corporation.

The companies signed a 24-month contract, with an optional 12-month extension available if required. The initial deployment of 200,000 Bitcoin mining rigs will be joined by 300,000 "near term" machines and then mid-term 500,000 immediately available once their new home in Canada is ready.

Maybe they're not Bitcoin mining machines and maybe most of the hash power used for "cryptocurrency mining" is really feeding into a huge AI... and that AI wants to have itself moved from China to Canada. Hah ;)