NVIDIA's new flagship GeForce RTX 3080 Ti graphics card was hitting just under 60FPS average in Red Dead Redemption 2 with everything maxed out at 4K -- but with DLSS enabled and turned onto Performance Mode we're looking at 85FPS average -- a massive improvement, free performance and better graphics... what more could you ask for?

I'm just wrapping up my testing on DOOM Eternal's new update, which recently dropped and added not just DLSS support but also ray tracing. I've got that in at 8K and also the usual 4K / 1440p / 1080p performance articles in the works, and I'll kick start the testing on Red Dead Redemption 2 right now at the same resolutions.

NVIDIA now has DLSS support in two more of the largest games of the last couple of years with DOOM Eternal and now Red Dead Redemption 2 -- but recently LEGO: Builder's Journey, Call of Duty: Warzone, Cyberpunk 2077, Minecraft for Windows 10, Fortnite, and so many more. 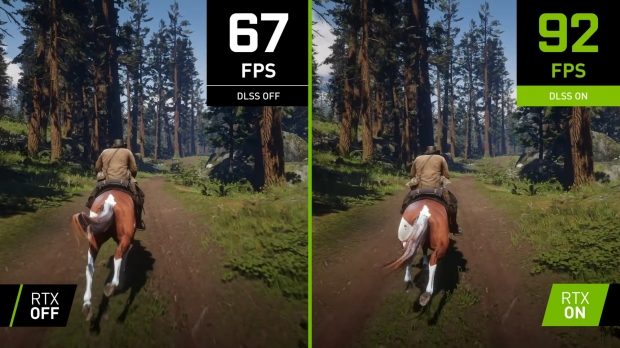