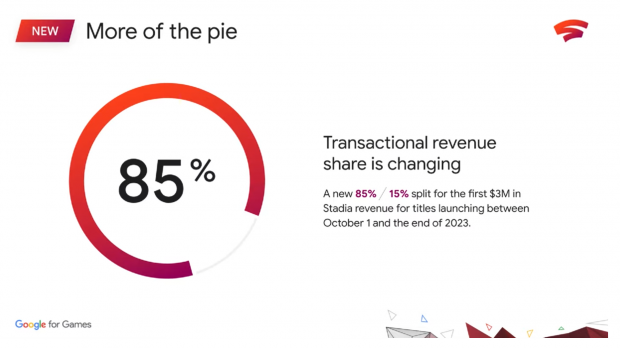 Google today announced new revenue sharing policies for Stadia games that let developers keep 85% of sales. The new 85-15 split will give devs 85% of sales revenues until the game hits $3 million in earnings. After the $3 million cap, the revenue split reverts back to the previous 70-30 split. Stadia mentions this is for sales, not in-game purchases across the myriad of monetized games on the service.

"Starting in Q4 this calendar year, we're launching a limited time incentive program to adjust our revenue share for newly signed games to an 85-15 split for game sales up to a $3 million threshold. This will apply to all games launching in Q4 this year and in 2022, and in 2023. That means you as a Stadia partner will earn 85% of your title sales and Google will earn 15%. Once your title's total sales reach a $3 million threshold, the revenue share will revert back to the current split," said Careen Yap of Stadia's Strategic Business Development team.

Epic Games was the first to offer a transformative 85-15 sales split on the Epic Games Store platform, then Microsoft followed suit with PC games sold on the Microsoft Store.

Many of gaming's biggest players offer their games on Stadia, including Ubisoft, Take-Two Interactive, and Electronic Arts. 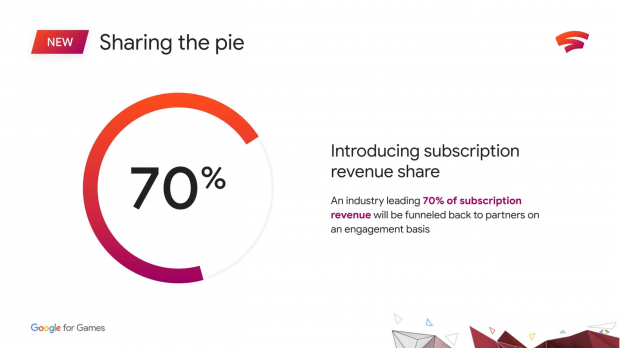 Stadia is also offering a 70-30 split for games offered on the Stadia Pro subscription service, which doles out free games every month to subscribers:

"Recently we asked ourselves how our partners could benefit more readily from our subscription? And here's where things get more exciting. Starting this month, any new title that enters into Stadia Pro under the new Stadia Pro terms will earn a slice of monthly revenue from the service. Stadia Pro will give back 70% of monthly revenue to partners based upon engagement to active, claimable, Stadia Pro titles."

Google says the engagement requirements will be measured by what it calls "session days":

There's also special affiliate click-to-play link program coming in 1H 2022 that will give developers $10 per user when they sign up to Stadia Pro. 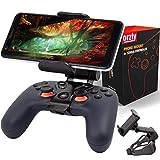 Orzly Phone Mount Clip for use with Google Stadia Controller