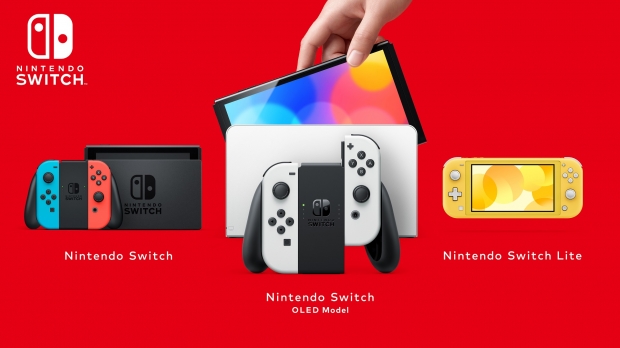 The new $349 Switch OLED isn't what everyone expected. It's not a 4K-ready console that uses a new fancy Orin Tegra chip with Tensor cores for DLSS upscaling. There's no mention of 4K gaming. In fact, the Switch OLED's internal components are the same as the current Switch models--game CPU, RAM, battery, etc. Nintendo has confirmed the Switch OLED doesn't have internal hardware upgrades. 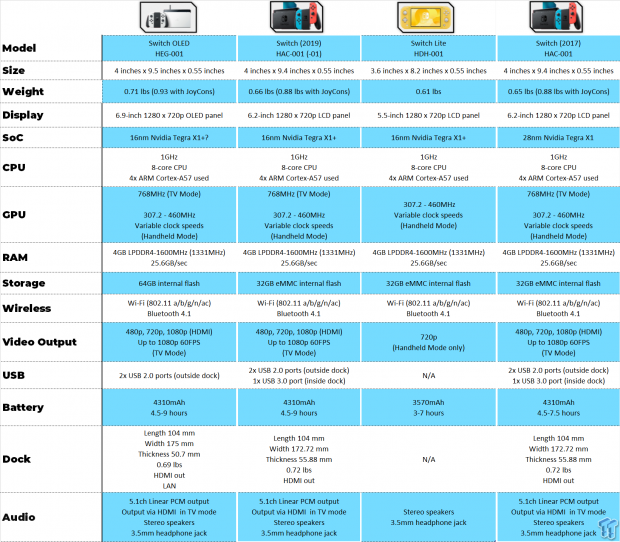 So why buy the Switch OLED? This is a more premium console that's aimed at creature comforts and higher immersion rather than performance. It features an OLED panel with a wider bezel to give you 6.9 inches of visible game display, complete with crisper colors and more vibrant visuals. There's a new enhanced stereo speaker system include as well as a fancy support for Tabletop Mode; if the Switch had a kickstand, this one has a entire spine to lean on.

Another big upgrade is doubled internal storage. The Switch OLED has 64GB of onboard flash memory to give players more space to actually download games.

The Switch OLED also features a brand new dock with a dedicated ethernet port. This LAN port comes at a price, though. Nintendo removed the Switch dock's USB 3.1 port to make room for the ethernet cable.

Since the Switch OLED is advertised to only support native 1080p gaming--rightly so given the comparatively weaker Tegra X1+ chip--the dock's internal Megachips STDP2550 Mobility DisplayPort (MyDP) to HDMI Converter. There's literally no reason to change it to a newer 4K-ready switch.

The $50 premium is charged for the new OLED panel, the kickstand, the doubled memory, and the new dock. That's really it.