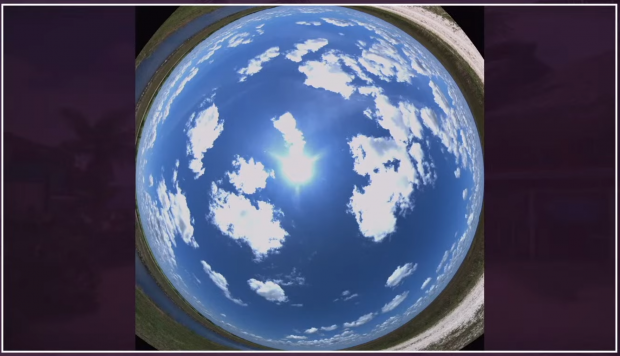 A lot of work is going into Forza Horizon 5. Playground Games traveled to Mexico to snap an enormous amount of visual data for the game's skies. The developers use a specialized capture rig made up of three cameras that are capable of taking 8K resolution images. These cameras can be programmed to take pictures every 30 seconds for the entire day--that's 2,880 pictures a day. Playground says they capture photos for 400 hours, which is roughly 16.6 days. That equals to over 48,000 pictures of skies.

"We have three cameras that can take a third of the sky each and we take that back and stitch it together and then we have up to a 12K image that we can use for our sky domes," said Playground Games senior lighting artist Adan Currey.

"Each one of these cameras takes an 8K image but what they do is take a refracted shot of the sky. That means we can capture the full dynamic range of the lighting in that situation. The data that we get back accumulates to around 75TB."

Not all of this data is used for the game. Playground says it selects only the very best photos to be included in Forza Horizon 5.

Playground says there was too much data to be sent via the cloud, so they had to physically send tons of hard drives over to their England-based studio.

"As we shot this in Mexico, we had to actually get shipments of hard drives [sent] back over to the studio for this to be processed," Currey said.

The interview is a fascinating look into the immense amount of visual work that goes into creating one part of a video game. We can only imagine how much total visual data is being used for Forza Horizon 5 including its environmental textures.