China has just launched its first "asteroid hunter" satellite into space, with the new satellite taking its journey into the black beyond with three other satellites.

Lifting off from the Taiyuan Satellite Launch Center located in north China, the Long March 2D rocket took off with the Yangwang-1 spacecraft at 11:03PM EDT (0303 GMT, or 11:03AM local time, Friday, June 11). Chinese space resources company Origin Space is the company behind the launch, with the satellite being China's first optical space telescope -- capable of collecting visible and ultraviolet light to detect near-Earth asteroids.

Origin Space wants to create a "treasure map" of potential space resources, using the new "asteroid hunter" satellite to scan around using its various sensors and wide field of view to take in all that data. The company launched its NEO-1 satellite in April 2021, designed to release and collect a small target -- chunks of an asteroid.

So there's satellites in space scanning for asteroids and their potentially valuable resources, and other satellites designed to pull small chunks of an asteroid off. I guess the closest person we have to Lex Luthor in terms of looks and finances is Jeff Bezos... who is about to go into space himself come to think of it.

Maybe he's flying up there to get some kryptonite off an asteroid somewhere, and the UFO disclosure stuff is all about Kal-El -- or Superman -- and that he's real. 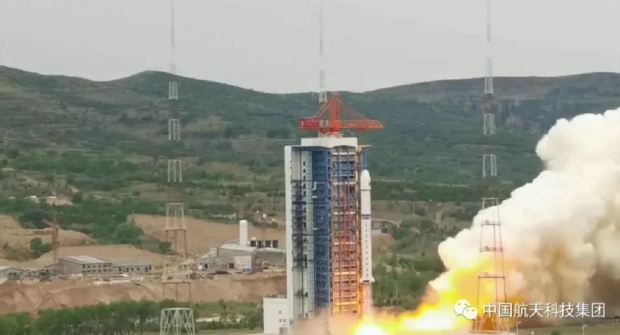