Colonial Pipeline was hacked last month, with the largest US fuel pipeline operator shutting down around 45% of its network of fuel supply across the US east coast in May 2021 over a cyberattack.

The attack was from ransomware group DarkSide that held Colonial Pipeline by the balls, forcing the company to pay the hackers $4.4 million in bitcoin on the day of breach in order for DarkSide to return the keys to decrypt its network. Colonial Pipeline Co. CEO Joseph Blount told The Wall Street Journal himself that his company complied with DarkSide's orders, paying $4.4 million in bitcoin as ransom.

President Biden has of course blamed Russia, saying the US government has "strong reason to believe" that these "criminals" were living in Russia -- but the Biden administration added it doesn't think the Russian government was involved.

Colonial Pipeline had been working with the FBI early on, following instructions that led the payment to a crypto wallet used by the hackers "believed to be based in Russia" reports CNN. I'd like to know how the FBI was able to get the bitcoin back, and how... it must've been from a major exchange.

Deputy National Security Advisor Anne Neuberger told CNN: "The misuse of cryptocurrency is a massive enabler here. That's the way folks get the money out of it. On the rise of anonymity and enhancing cryptocurrencies, the rise of mixer services that essentially launder funds".

"Individual companies feel under pressure - particularly if they haven't done the cybersecurity work -- to pay off the ransom and move on. But in the long-term, that's what drives the ongoing ransom [attacks]. The more folks get paid the more it drives bigger and bigger ransoms and more and more potential disruption".

I do have a few questions here.

First -- this is a clear sign that the US is eyeing down the ability to take YOUR cryptocurrency, because if it can secure bitcoin from an exchange then it can take your cryptocurrency without a second thought. An attack like this gives the government justification to perform the moves it wants to move.

Colonial Pipeline "hacked" and then they pay $4.4 million in bitcoin (reportedly 75 bitcoin at the time, the FBI has reportedly recovered 63.7 bitcoin from the ransomware group). This puts cryptocurrency, and more importantly Bitcoin, into the spotlight.

Second -- Just how quick did Colonial Pipeline secure 75 bitcoin worth $4.4 million at the time, or did they communicate with the FBI and the FBI provided them with the bitcoin. Is this bitcoin on the books by either Colonial Pipeline or the FBI? 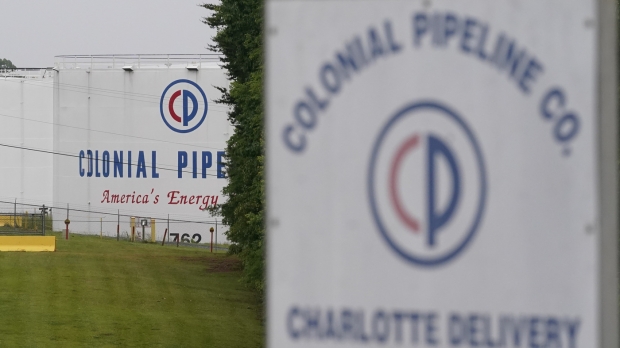