Colonial Pipeline is recovering from a ransomware attack over the weekend which forced the largest US fuel pipeline operator to shut its critical networking supplying the US east coast. 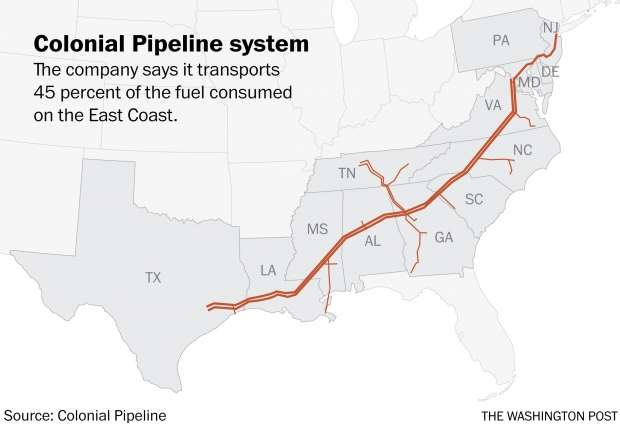 Reuters reports the story explaining that the "attack is one of the most disruptive digital ransom schemes reported and has prompted calls from American lawmakers to strengthen protections for critical U.S. energy infrastructure from hacking attacks".

The Biden administration and Washington are reportedly doing what they can behind the scenes to ensure that fuel supply remains solid and that Colonial Pipeline is back and operating ASAP. The gigantic cross-US pipeline runs between Texas and New Jersey, a distance of around 5500 miles (8850km).

In a statement on its website, Colonial Pipeline explains: "On May 7, Colonial Pipeline Company learned it was the victim of a cybersecurity attack and has since determined that the incident involved ransomware. Quickly after learning of the attack, Colonial proactively took certain systems offline to contain the threat. These actions temporarily halted all pipeline operations and affected some of our IT systems, which we are actively in the process of restoring".

It added: "Leading, third-party cybersecurity experts were also immediately engaged after discovering the issue and launched an investigation into the nature and scope of this incident. We have remained in contact with law enforcement and other federal agencies, including the Department of Energy who is leading the Federal Government response".