If you thought the highly-anticipated government report on UFOs was going to have aliens landing on the White House lawn and having ice cream with President Biden... think again.

The New York Times and CNN are reporting that the Pentagon UFO report did not find any evidence that the UAPs (unidentified aerial phenomena, the new term for unidentified flying objects) were "alien spacecraft". Even though they are not from this world, they're also not made by the US military or any other US government technology.

I don't get how we go from this:

To "nah, the spacecraft with technology 100-1000 years ahead of anything on this planet aren't alien spacecraft and the most advanced country in the solar system (the US) with all of its technology, military tech, black budget projects, and the things that are hidden behind so many NDAs that Mulder would cream his pants 100-1000 times over, cannot explain what these craft are -- even if they're doing things that our most experienced pilots and technology simply cannot explain -- but they're definitely not alien spacecraft, we swear!"

Sure, because I believe that -- yet you'll get no push back from most of the MSM press. This all feels like muddying the waters of whatever real disclosure there would be, as I'm sure the governments of this world have been in contact with other forms of life for far longer than most people expect. Disappointing, but it's not unexpected of the US government to water things down weeks before the report is released.

But anyway, the full unclassified intelligence report will be released to Congress by June 25 which is just over two weeks away. The report will state that the US government cannot rule out that the UAPs that the US Navy pilots saw were alien spacecraft, they're just not going to come out and admit it willy nilly. 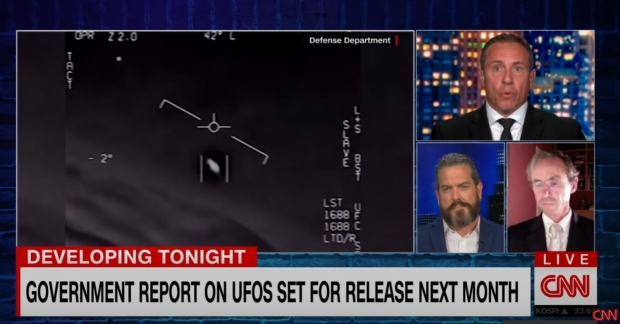