UPDATE: Private Division has stepped in to confirm that Microsoft will indeed publish any future games in The Outer Worlds series:

"Private Division is still supporting and marketing The Outer Worlds, including the upcoming release of Murder on Eridanos DLC on Nintendo Switch. Moving forward, Obsidian and Microsoft will be publishing future iterations in the franchise, and we're absolutely thrilled to see where they take it... but we are more interested in the simple pleasures in life - like the smooth, artificially enhanced flavor of a Rizzo's Purpleberry Munch. Rizzo's Purpleberry Munch - the only snack in Halcyon officially endorsed by the Captain of the Unreliable."

Original story is as follows:

According to comments from Take-Two Interactive, The Outer Worlds 2 may not be published by Microsoft any time soon. 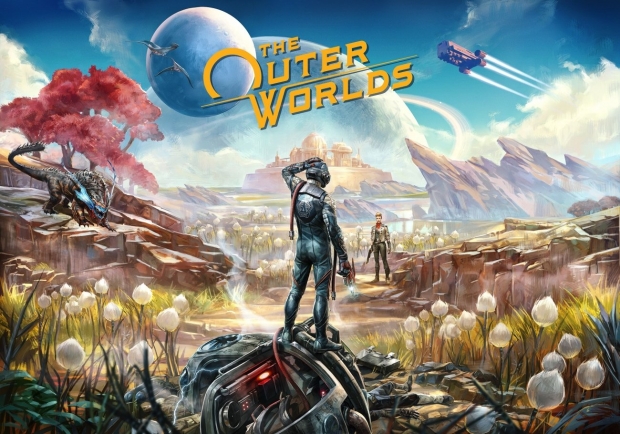 Microsoft bought Obsidian Entertainment In 2019, and since then gamers have been curious about the fate of The Outer Worlds, which was described to us as "Obsidian's own answer to Fallout" in 2017. Despite Microsoft's buyout, The Outer Worlds was published by Private Division due to a previously-signed contract. It looks like the contract could be for multiple years.

In a recent earnings call, Take-Two Interactive President Karl Slatoff hints that its Private Division label currently owns the publishing rights for the RPG. "We're incredibly pleased with Outer Worlds. The DLC has been very well received, we feel the franchise is in outstanding shape," he said. "We will be participating in the franchise in whatever the future holds for the franchise."

"We think it's a long-term franchise."

The Outer Worlds has sold more than 3 million copies to date, Take-Two says.

Xbox gaming division head Phil Spencer says the company will honor existing deals made by its newly-acquired companies (a more recent example would be Bethesda's Deathloop and Ghostwire Tokyo, both of which are PS5 exclusives). It's also likely Obsidian will be given the freedom to choose what projects it works on next, including The Outer Worlds 2.

Right now Obsidian is working on Avowed, which looks to be a massive Skyrim-sized RPG, for Microsoft's Xbox Series X/S consoles. The Outer Worlds 2 has yet to be confirmed or announced, but sources told Niko Partners Daniel Ahmad in October 2020 that the sequel was in pre-production.

It's possible The Outer Worlds 2 may not release until the Private Division contract expires unless Microsoft is okay with giving royalties to the label (which is also possible).

Read Also: The Outer Worlds Review: Out of this World