Although Obisdian's new RPG Avowed is shrouded in mystery, info on modding, next-gen worldbuilding, enemies, and overall scope has leaked out behind the scenes.

Just as the developer promised, Obsidian is making a huge new RPG. It's called Avowed, and it's a next-gen Xbox Series X console exclusive that's set in Eora, the mythical land of the studio's original Pillars of Eternity IP. The trailer also showed first-person Skyrim-esque exploration and combat. But that's really all that's been confirmed so far, and rightly so because the game is years away. Luckily some insiders are spilling the beans on what's next for Avowed.

According to ResetERA's Klobrille, who has inside knowledge of the goings-on of multiple studios and has rightly predicted parts of the recent Xbox stream, Avowed aims to wow gamers.

Obsidian wants to create a true next-gen RPG spectacle for the Xbox Series X, complete with high-end dynamic weather systems, reactive worlds and AI, chaotic magic physics and combat, and full mod support across PC and consoles. The last one is pretty important and was my favorite part of reviewing Skyrim Special Edition on Xbox One. 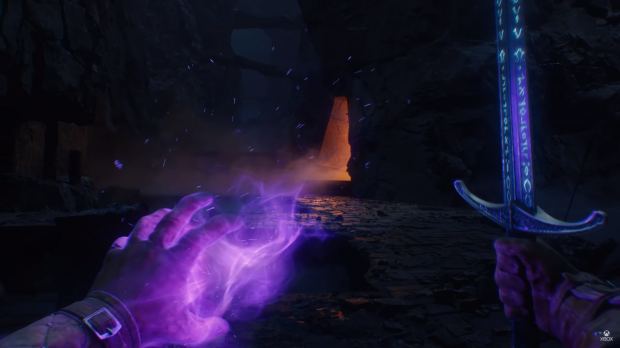 The following list of Avowed info was paraphrased from Klobrille's post. Bear in mind nothing has been confirmed from Microsoft or Obsidian, but a lot of this sounds right on the mark for the studio's overall scope:

Avowed is an Xbox Series X and Windows 10 PC exclusive, and won't be coming to last-gen Xbox consoles. Expect it to release in 2022 or thereabouts.