Damn... and just like that NASA and SpaceX have had their $2.9 billion Starship-based lunar landing system deal torn up and thrown into space -- I guess where no one can hear (everyone who wants to see this happen) scream. 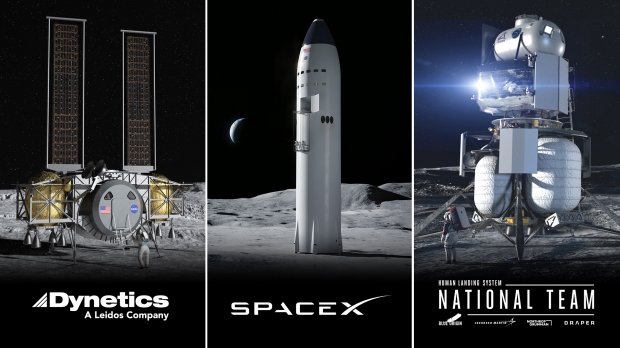 The reason? Blue Origins Federation and Dynetics have submitted protests with the US Government Accountability Office, stopping the NASA and SpaceX deal far, far before liftoff. The space industry expected the historic $2.9 billion contract would go to two companies, but it went to one -- SpaceX -- and now its competitors are pissed.

Dynetics filed a protest with the US Government Accountability Office, arguing that NASA chose "the most anti-competitive and high risk option available" when it tasked SpaceX with using its Starship to build a Human Landing System for its mission to the moon.

SpaceNews said that it obtained a copy of the protest that Dynetics submitted, in which Dynetics adds: "In light of this new budget constraint and schedule change, the HLS program as originally conceived and as set forth in the Solicitation is no longer executable. Accordingly, NASA had several reasonable (and lawful) alternatives to choose from in connection with this acquisition".

NASA spokeswoman Monica Witt said in a statement: "On April 26, NASA was notified that Blue Origin Federation and Dynetics filed protests challenging the Option A human landing system selection with the U.S. Government Accountability Office (GAO). Pursuant to the GAO protests, NASA instructed SpaceX that progress on the HLS contract has been suspended until GAO resolves all outstanding litigation related to this procurement. NASA cannot provide further comment due to the pending litigation".

You can read more about this story at SpaceNews.