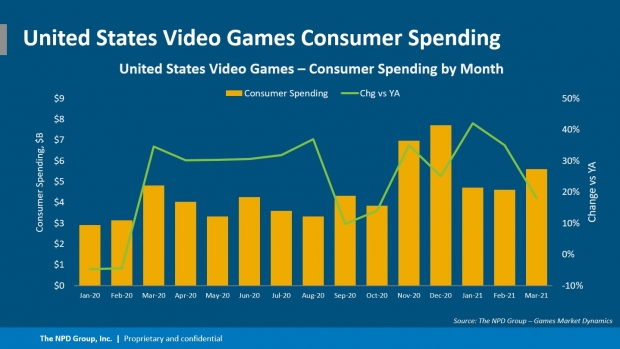 NPD analyst Mat Piscatella attributes this growth to increased game sales and content, which accounted for 82% of total monthly spending, or $4.6 billion. 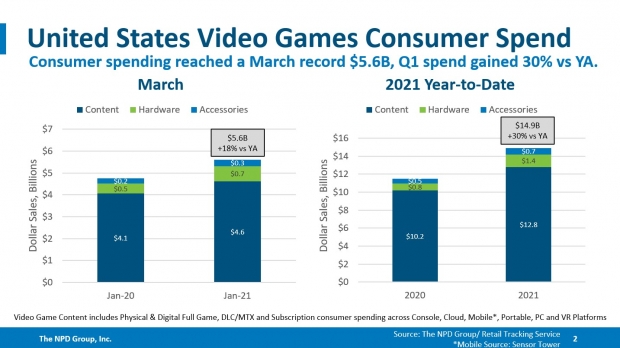 Nintendo Switch held the top spot for March 2021 in terms of overall console sales and revenues earned, but the PlayStation 5 is still the fastest-selling console of all time in the United States in terms of revenues/unit sales in first 5 months on market.

US NPD Spend Trend - Monthly sales are now comparable to year-ago periods that were impacted by pandemic-driven consumer spending increases. March 2021 gains in hardware, accessory and content sales (particularly Mobile) pushed the market to growth despite the elevated comp.

March video game hardware dollar sales were 47% higher than a year ago, at a March record $680 million. The previous high of $552 million was set in March 2008. Year-to-date hardware spending totaled $1.4 billion, an increase of 81% compared to a year ago.