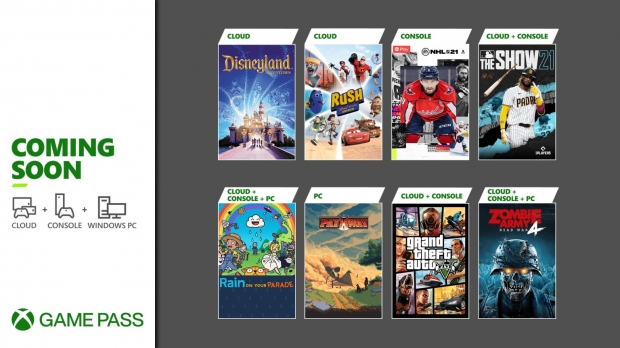 Take-Two has expected GTA Online to moderate for a while now, but the mode is still making millions every year. GTA Online's new Cayo Perico Heist drove record engagement--the mode had more players in 2020 than ever before--and Take-Two and Rockstar are eager to push things even farther.

That's the main motivation for GTA V appearing on Game Pass. It's an easy way to sample both GTA V and GTA Online, and once the period is over and GTA V rotates out, gamers are more likely to buy. This tactic has worked very well in the past. Take-Two reported GTA V sales and monetization spikes after the first time it was included on Game Pass, and the free Epic Game Store release also helped boost its balance sheets.

Take-Two's upcoming plans add a new dimension to this strategy. GTA Online will soon be made available as a standalone premium game that's separated from GTA V. Rockstar did this with Red Dead Online, which is priced at $19.99 on its own.

The idea here is to use Game Pass as a vehicle of access, then once it rotates out, gamers can either buy GTA V at ~$29.99 to continue their GTA Online escapades, or buy the standalone version at $14.99 - $19.99. Rockstar also confirmed that GTA Online will be free for PlayStation Plus subscribers for a month after launch. This is yet another layer to the subscription-gateway strategy.

GTA Online is a megaton earner for the company, and this move will help pad out Take-Two's Q1 FY2022 period, which is traditionally lighter than the critical Q3 holiday period.

Take-Two expects recurrent consumer spending from microtransactions to make up 63% of its FY2021 revenues, or roughly $2.154 billion. GTA Online is expected to be a big part of these earnings.