Ubisoft just gave away a bunch of free Assassin's Creed Valhalla gear, including an Altair armor set. Too bad it's not actually worth using unless you're at the very beginning of the game. 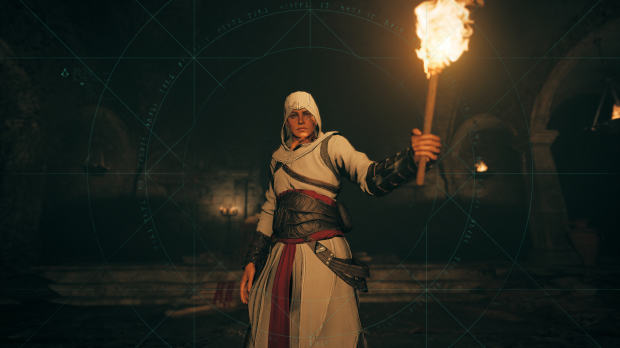 Right now, all Valhalla players can download the so-called Godly Reward set for free on the Animus Store. The pack includes a bunch of nifty items, including the Modraniht set, some tattoos, settlement decorations, and a throwback to the franchise's roots with an Altair armor. Sadly, this awesome nostalgic gear isn't really that good and simply doesn't hold a candle to any gear you'll have equipped if you're in the mid- to late-game. 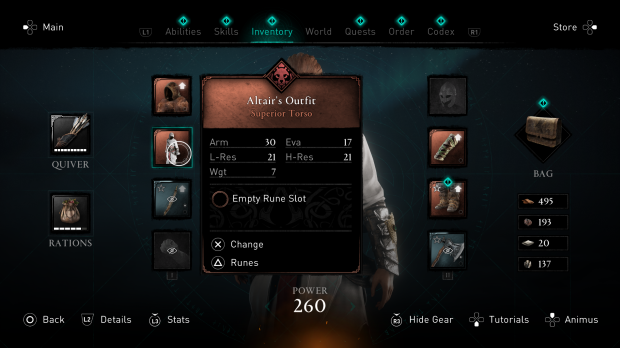 There's a few reasons why Altair's armor isn't that good. It's superior quality, the second tier of armor, so don't expect any amazing stats. The armor also can't be upgraded so there's no boosting the stats or even changing the appearance in any way. It only has one rune slot, and no extra bonuses or synergies, so it won't magically replace any set-based chest gear you have equipped. 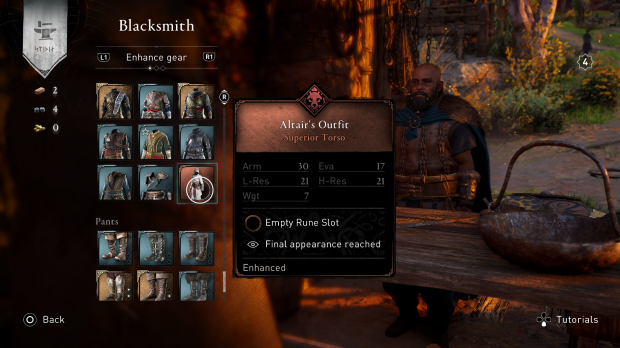 The Altair armor is simply about looking cool. That's about it. Ubisoft could've done a better job making the armor feel more special and powerful. As it stands, it's just a small nod to the series' beginning and nothing more. Then again, it was free...but that doesn't necessarily mean it shouldn't be upgradable.

That being said, the Altair armor is better stat-wise than the free Modraniht armor included in the free pack. But it doesn't have any synergy bonuses and again, it's not upgradable, so... 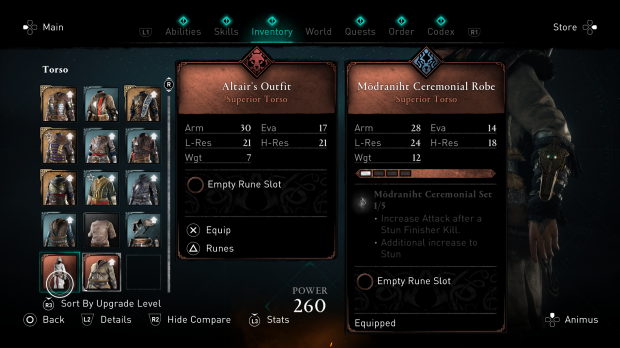 Compared to the free ultra-powerful Carolingian set given out to Amazon Prime users, the Altair armor is almost useless. 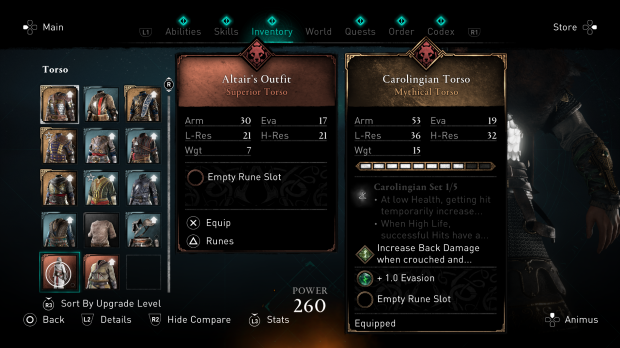