Intel's new 11th Gen Core processors are still a few weeks away, but AnandTech has performed some magic trick and has a review of the Core i7-11700K close to a month before its official launch.

The thing is that Intel hasn't even announced the new series of CPUs and have been light on details of its Rocket Lake-S family of chips even though there's been a mountain of leaks over the last few months. AnandTech purchased a retail version of the Intel Core i7-11700K and even though they've signed an NDA, there's no new information shared that breaches that contract.

He continued: "Before publishing this review, we gave Intel advance notice to respond to us having a full review ahead of the formal release. Our email seemingly generated some excitement inside (and to our surprise, outside) Intel, but we received a response from Intel stating that they had no comment to offer". 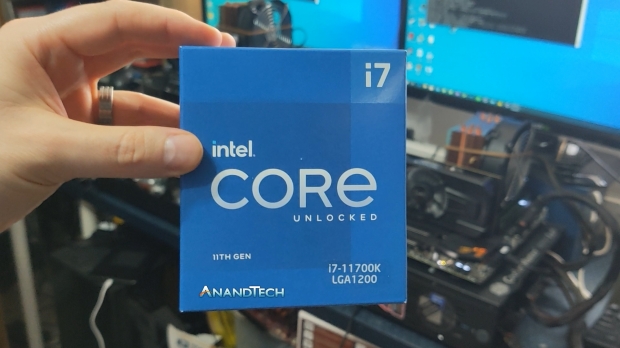 We have support for dual-channel DDR4 memory, PCIe 4.0 connectivity bringing it up to to AMD and its PCIe 4.0 goodness, with AnandTech paying around $470 for the Core i7-11700K... a month early.

It's power hungry, super-hot, and gaming performance is lacking... I don't know why you wouldn't be buying a Zen 3 processor and X570 motherboard at this point. Even before the Core i7-11700K early review went out, AMD has a really strong combo with Zen 3 + X570 right now... if you can find them.