Intel hasn't even released its next-gen Rocket Lake-S 11th Gen desktop CPUs and they've already been overclocked behind the scenes to a pretty crazy 6.9GHz. I was alerted to the news when VWorld (@PttpcWorld) mentioned TweakTown in a tweet, and then I saw the awesome sauce:

We should expect Intel to talk about and possibly announce and detail its next-gen Rocket Lake-S family of processors at their virtual CES 2021 keynote on January 11. 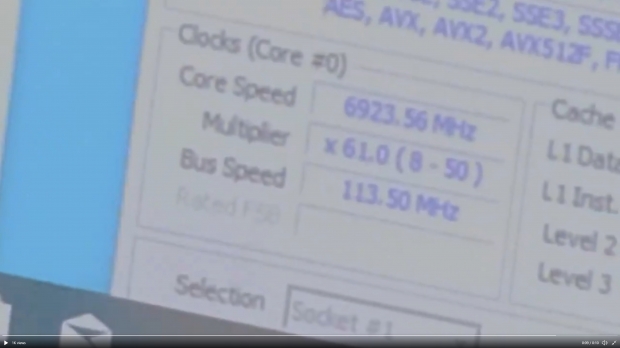