Ratchet & Clank: Rift Apart looks like one of the biggest PlayStation 5 exclusives of 2021, with an official release date to start getting our hype appetites fed. Check out the new 'Pre-Order Now' trailer:

If you want to spend a bit more you can buy the Ratchet & Clank: Rift Apart Digital Deluxe edition -- which costs $80 versus the $70 for the standard edition of the game -- then you get much more stuff. The Digital Deluxe edition packs 5 armor sets, a photo mode sticker pack, 20 Raritanium (the in-game weapon upgrade material), the digital soundtrack and digital art book. 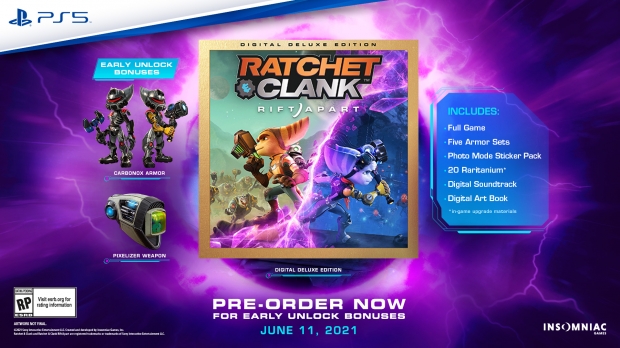 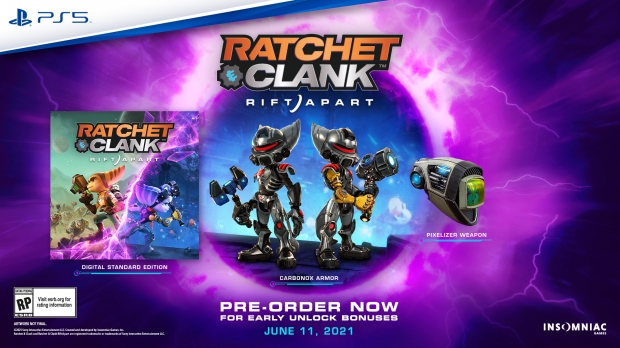