Ratchet & Clank: Rift Apart is coming to the PlayStation 5 and it could be one of the best launch titles for Sony's next-gen console, especially after you check out some new gameplay captured directly from the PS5:

The new footage is from the Gamescom Opening Night Live, where we get a juicy 7-minute video of next-gen Ratchet & Clank: Rift Apart on the PS5. The game sees developer Insomniac Games using the ultra-fast NVMe-based SSD inside of the PS5 that lets players "seamlessly warp around levels and even into other dimensions".

In the new Ratchet & Clank: Rift Apart gameplay footage, we get our first look at some of the new weapons that Insomniac has planned for us with the Shatterbomb, Topiary Sprinkler, and the Enforcer. Overall I loved the trailer, there is a helluva lot of stuff going on at once with all those particle effects -- and while there's motion blur, it's not a Crysis 2 or 3 level mess.

Ratchet & Clank: Rift Apart has been confirmed by Sony as a PS5 "launch window" game. 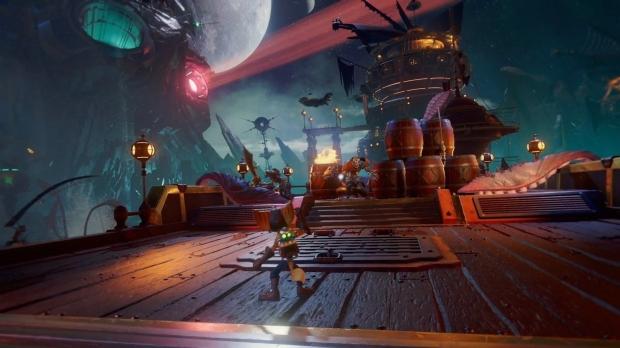