Mastercard is joining Tesla in quickly adopting cryptocurrency, with the payments giant announcing it is preparing for the "future of crypto and payments" by supporting cryptocurrencies on its networks later this year. 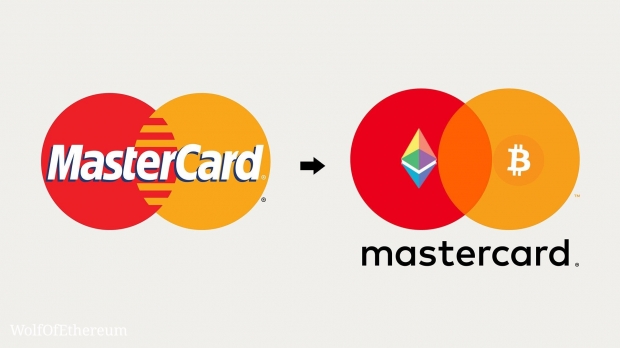 In a blog post on their official website, Mastercard's digital asset and blockchain VP Raj Dhamodharan explained: "This is a big change that will require a lot of work. We will be very thoughtful about which assets we support based on our principles for digital currencies, which focus on consumer protections and compliance. Whatever your opinions on cryptocurrencies -- from a dyed-in-wool fanatic to utter sceptic -- the fact remains that these digital assets are becoming a more important part of the payments world".

"Our philosophy on cryptocurrencies is straightforward: It's about choice. Mastercard isn't here to recommend you start using cryptocurrencies. But we are here to enable customers, merchants, and businesses to move digital value".

Mastercard hasn't announced which cryptocurrencies it would support, but sources of CoinDesk report that "the functionality will see Mastercard customers' digital currency payments settled in crypto at participating merchants, a first for the financial giant".

It was only just a few days ago that Tesla announced it purchased $1.5 billion of Bitcoin, as well announcing it would be supporting Bitcoin as a method of payment later this year. Now we have Mastercard stepping up to the plate and announcing it will have crypto payments across its network starting this year.

The news from Mastercard along with the oldest bank in the US, the bank of New York Mellon (BNY Mellon) said that it would be accepting, holding, and issuing Bitcoin to its clients -- saw the price of Bitcoin surge another 7% to yet another all-time high of $48,297.