PS5 console scarcity is making people go wild--violence ensued in a U.S. Walmart when a woman brutally stomped on another woman's head to get a console, and now crowds in Japan cluster dangerously during a worldwide pandemic.

PS5 consoles are so rare that Japanese retailers are raffling purchase rights in a random lottery. Hundreds of consumers show up at stores for the chance in buying a console, and sometimes chaos ensues. That's what happened at Yodobashi Camera in Japan's Akihabara shopping area a few days ago.

Tons of Japanese consumers arrived and eventually started to crowd and push each other, eventually pressing hard into the protective barriers that separated the workers from possible COVID-19 contamination. The PS5 lottery was eventually cancelled, and the police were called to break up the massive grouping.

Early reports say the PS5 had disappointing sales in Japan, due in large part to the extremely limited stock. Sony says it hopes to improve the situation, but AMD, who provides the custom SoCs that power the next-gen console, says chip availability will remain tight until the second half of 2021. 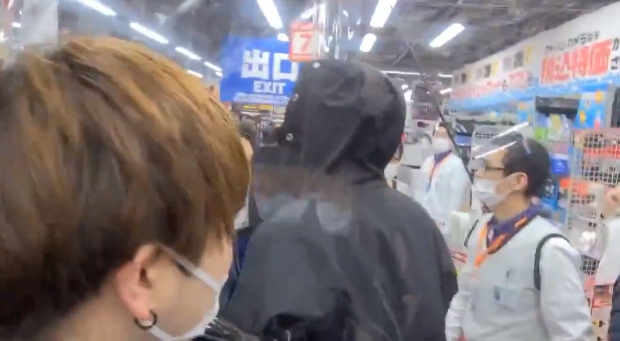