Now we have official pricing on AMD's new Ryzen Threadripper PRO series, which will be as follows:

What does the new Ryzen Threadripper PRO series do over the regular Ryzen Threadripper CPU? We have the same flagship 64-core, 128-thread of CPU power but AMD is offering an insane 128 PCIe 4.0 lanes and up to 2TB of RAM with beefy 8-channel DDR4 support. 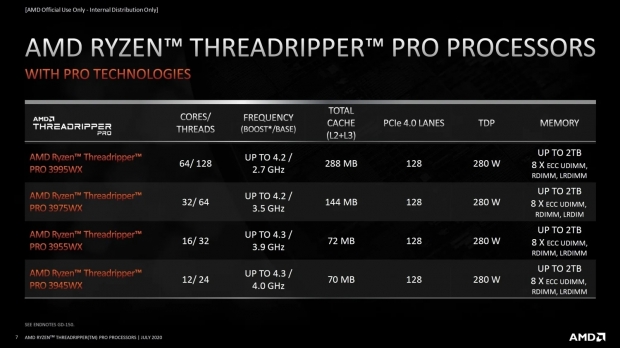