Battlefront II was recently free on the Epic Games Store, and was downloaded 19 million times. This is monumental for EA and represents a new way to supercharge monetization potential in years-old games. 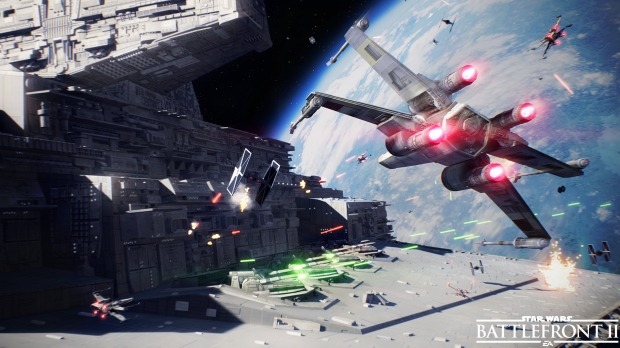 EA is a master of monetization and engagement. They make billions every year from live services, microtransactions, and finely-tuned gameplay loops. Sometimes, though, EA breaks new ground with business tactics that elongate a game's earning potential.

That's exactly what happened with the recent Battlefront II freebie. The game was offered free on the Epic Store for a limited time, and 19 million gamers took advantage and downloaded the sequel. These are astronomical figures for any live game and the strategy gives EA another low-risk avenue to spark revenues in older games.

The low-risk part is important. Battlefront II is nearly 4 years old. It's no longer receiving content updates. Sales have technically been exhausted at this point, especially now that the game has been given away on PlayStation Plus, included in Game Pass via EA Play, and free on PC via the Epic Store.

A bit ago, EA said both Battlefront I and II have sold a combined 33 million copies worldwide.

Sales have slowed down and that's okay with EA. They have other ways to make money from live games. The risk vs reward ratio of offering Battlefront II for free is very favorable. The main goal here is to get people playing and, hopefully, paying for in-game cosmetics.

EA doesn't really care about game sales all that much anyway. Live services are more impactful and meaningful than unit sales, EA says, and that's the main reason why Battlefront II's servers haven't been shut off. The game can stay static with mTX switched on and still make money. It's low-risk and high-reward. The strategy is made even more appealing when EA casts a wide net, and the recent freebie strategy just caught 19 million fish.

Not all of the 19 million downloaders will actually play or even pay for in-game items. That doesn't matter. EA is betting on just a portion of these gamers actually spending time and money on their game. Remember, Battlefront II's sales have been squeezed nearly dry over the years and now EA is dipping the sponge back in the revenue pool by giving players instant free access to the experience.

It's all part of EA's big webwork of monetization and live services, and don't expect Battlefront II to be the last game that's offered for free on the Epic Store.