Battlefront 3 is reportedly in development for PS5, Xbox Series X/S, and PC, a new rumor alleges. 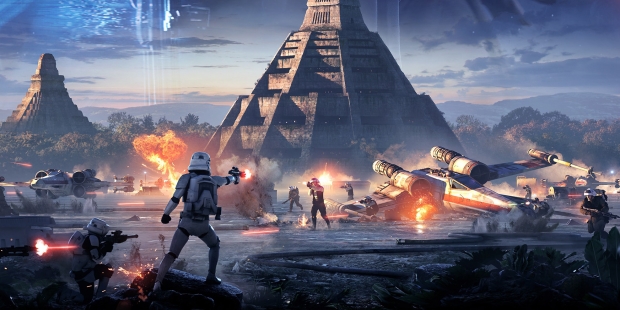 Apparently DICE isn't done with Battlefront just yet, though. A new rumor suggests EA will release Battlefront 3 by 2023 and that DICE is currently laying out the early plans for the sequel. Battlefield 6 comes first (as it should considering it's DICE's baby), and the new Star Wars game should explore new horizons not seen in the previous games.

Remember this is just a rumor that popped up on Reddit and so far there's not a lot of validity here.

Yes, it's true EA is still making Star Wars games, and that it has multiple new titles in development set in the IP. Respawn is working on Jedi Fallen Order 2, and EA CEO Andrew Wilson also said the company will "double down" on their partnership with Disney.

That being said, EA has already cancelled a Battlefront spin-off game from its EA Vancouver studio.