The new Radeon RX 6700 XT and Radeon RX 6700 will be powered by the Navi 22 GPU, but there's also a super-cute, super-small, single-fan card that should be based on the Navi 23 GPU. We don't know about what is ticking along inside, but we should expect this card to eventuate into the Radeon RX 6500 series.

As more information is made available, we'll let you know -- but it's very disappointing that we don't know more about the new Navi cards outside of a picture screenshotted from their virtual CES 2021 keynote. Come on, AMD. 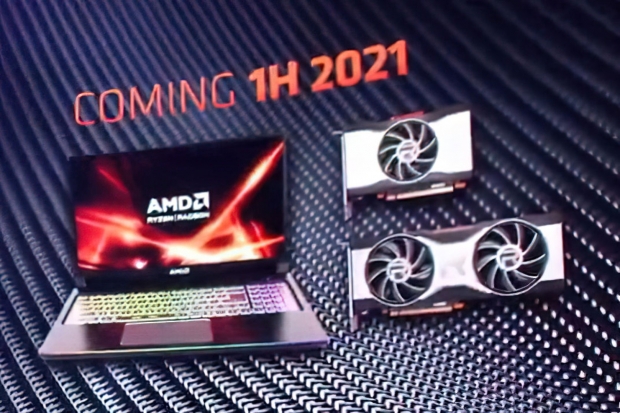