Like most big-budget AAA games, Cyberpunk 2077 is littered with unfinished pieces and remnants of cut content. One big piece that was cut out is the NCART line, or the Night City Area Rapid Transport. Remember the monorail that V. rode in the Cyberpunk 2077 trailer? That railway was at one point included in the game.

One industrious gamer found a way to hop on the unfinished NCART railway system. There's the plain monorail track and a very glitchy railway station, and there's also a moving shipping rail you can ride--provided you find it and can hop on top of it (try out this build to reach super high areas in Night City).

Maybe CD Projekt RED will add the NCART system in a future update? Maybe it'll be part of the new free DLC or paid expansions? 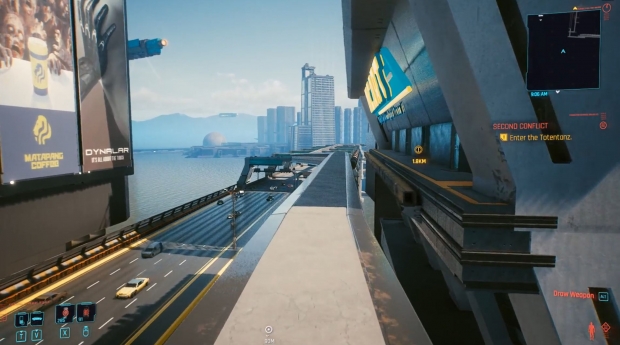