In a new letter to Star Citizen players, RSI's Chris Roberts reiterates that Squadron 42 won't be rushed to meet a deadline. 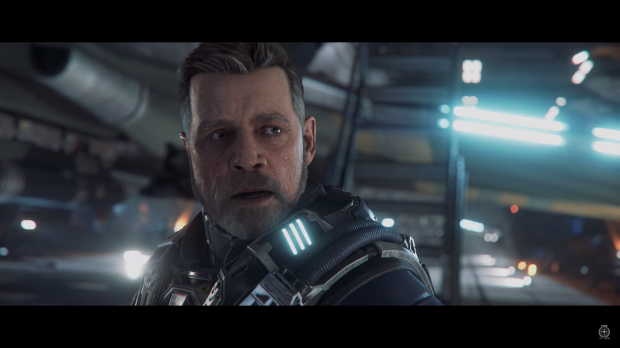 There's a running joke about Star Citizen that it'll never be finished. The game has commands a huge $300 million budget and whole parts of the game are still missing. Star Citizen's ambitious singleplayer campaign Squadron 42, a spiritual successor to the Wing Commander games with an all-star cast including Mark Hammill, Liam Cunningham, Gary Oldman, and Gillian Anderson, is one such missing piece, and it won't be found any time soon.

In a recent letter to backers, Chris Roberts confirms Squadron 42 is still a long ways off. Roberts says he won't show actual Squadron 42 gameplay nor divulge new details until the game is closer to release. In short, it'll be done when it's done--which is exactly what Roberts said in October.

As I said earlier this year, Squadron 42 will be done when it is done, and will not be released just to make a date, but instead only when all the technology and content is finished, the game is polished, and it plays great.

I am not willing to compromise the development of a game I believe in with all my heart and soul, and I feel it would be a huge disservice to all the team members that have poured so much love and hard work into Squadron 42 if we rushed it out or cut corners to put it in the hands of everyone who is clamoring for it.

Over the past few years, I've seen more than a few eagerly awaited titles release before they were bug free and fully polished. This holiday season is no exception. This is just another reminder to me of why I am so lucky to have such a supportive community, as well as a development model that is funded by people that care about the best game possible, and not about making their quarterly numbers or the big holiday shopping season.

For most games it is typical to not even announce the project until about 12 months out and only start building awareness with marketing 6 months before launch. The issues with showing gameplay, locations or assets on a narratively driven game this early are twofold.

First, a marketing campaign can only last so long and second, there is only so much of the gameplay that we can show before release as we want you to experience a really engrossing story. If we show the non-spoiler gameplay now, that's prime footage and gameplay that could have been used closer to release. It is better to treat Squadron 42 like a beautifully wrapped present under the tree that you are excited to open on Christmas Day, not knowing exactly what is inside, other than that it's going to be great.

Because of this I have decided that it is best to not show Squadron 42 gameplay publicly, nor discuss any release date until we are closer to the home stretch and have high confidence in the remaining time needed to finish the game to the quality we want.

The planned Squadron 42 specific update show, the Briefing Room is not dead; it will just go on hiatus until we are closer to release and it comes back as a part of an overall plan to build excitement as we show all the amazing features and details players will experience in Squadron 42. This does not mean we will stop communicating our progress on Squadron 42. We will continue with our monthly reports for Squadron 42, and we will also share our current development progress in our New Roadmap.

I will say that the Squadron 42 team has really stepped up this year; It's been a pleasure seeing how responsive and agile everyone has been, and just how much the team cares about making things great, despite the challenges of working remotely. All of us, including myself, are in close-out mode and I can't wait for you all to experience the sprawling sci-fi epic that Squadron 42 is. 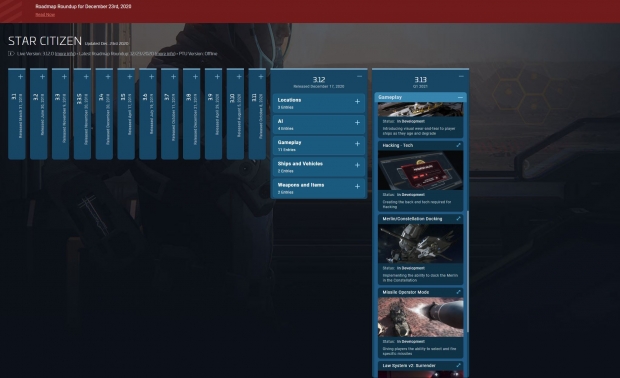 RSI originally planned to release a Squadron 42 beta in Q2 2020, but it was then delayed to Q3 2020. That's nowhere to be found and there's no info on when the beta will release.

in December 2019, Cloud Imperium released a dazzling teaser trailer for Squadron 42 and showed off amazing atmospheric effects and graphics.

Elsewhere in the update, Roberts says Cloud Imperium is making "tremendous strides" in Star Citizen's development process. The studio has earned $80 million in revenues from the game, and the shift towards more QoL improvements has led to more engagement and player retention.

RSI has published an updated roadmap for Star Citizen, but Squadron 42 is absent from the update list.