A story has been floating around that 500,000 boxed-up GeForce RTX 30 series graphics cards were discovered in a shipping container -- gone missing during transit, but that story was BS. 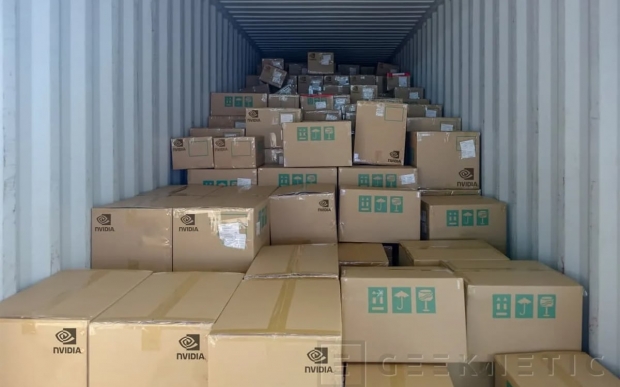 Geeknetic.es first reported the story which when put into Google Translate spits out that a Samsung subsidiary port warehouse worker somewhere in South Korea found a bunch of boxes with NVIDIA logos on them. This staffer noted that the shipment wasn't on any port records.

The staffer himself had been trying to buy a GeForce RTX 30 series graphics card, and after seeing the hundreds of boxes of NVIDIA products "only added to my frustration of not getting one".

"The RTX 3070, 3080 and 3090 are still hard to find. A shortage favored by strong demand, excessively long production cycles and the global pandemic, which does not make things easier. Good news however, since a South Korean port operator has just got hold of a lost shipment of 500,000 GeForce RTX 3000 cards!"

Once the news set the internet on fire, the author of the original piece added: "This is a fake news story created and published on December 28 in celebration of the Holy Innocents Day in Spain. The content of it is false and has been created with a satirical humorous purpose. We hope you had fun reading it".