The Korea Superconducting Tokamak Advanced Research (KSTAR) has set a new record, with the superconducting fusion device also known as the Korean artificial sun blasting away with an ion temperature of 100 million degrees (Celsius) for 20 seconds.

The test was conducted on November 24, 2020 with the KSTAR Research Center at the Korea Institute of Fusion Energy (KFE) announcing that it was working in a joint research program between the Seoul National University (SNU) and Columbia University of the United States.

This is a big first, as no other fusion devices have been able to maintain over 100 million degrees or higher for over 10 seconds -- they've breached the world record to end out 2020, but not been able to maintain it for long. KTAR was able to breach the 20 second mark by improving the performance of the Internal Transport Barrier (ITB) mode.

Si-Woo Yoon, director of the KSTAR research center explained: "The technologies required for long operations of 100 million- plasma are the key to the realization of fusion energy, and the KSTAR's success in maintaining the high-temperature plasma for 20 seconds will be an important turning point in the race for securing the technologies for the long high-performance plasma operation, a critical component of a commercial nuclear fusion reactor in the future".

You can read more about the KSTAR artificial sun here. 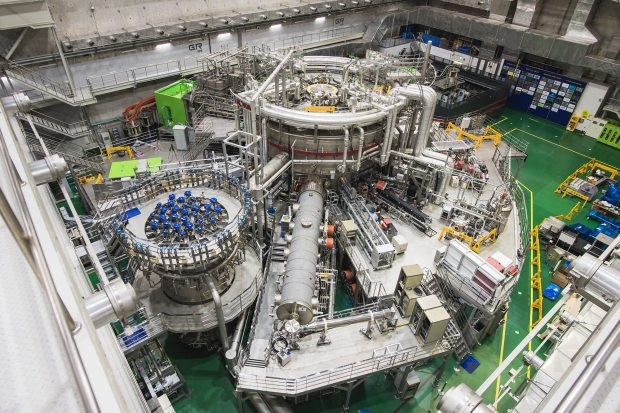