JVC Kenwood, a company most known for its audio products, such as car stereos, headphones, home audio speakers, is apparently building a mixed reality headset and the specifications are kind of incredible. 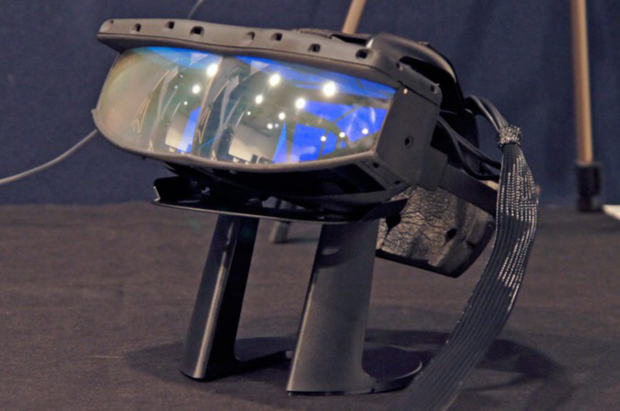 It's taken a while for the news to make its way stateside, but JVC Kenwood revealed the upcoming headset to the Japanese tech press members in late October. Road to VR picked caught the news today, but the original story hails from Mogura VR, a Japanese VR publication.

According to Mogura, JVC's upcoming mixed reality headset will have display specifications that rival the best VR headsets. The unnamed JVC headset is said to feature dual 2560 x 1440 displays, giving the headset a total resolution of 5120 x 1440, which is the same resolution as the Pimax 5K+.

The JVC headset doesn't have quite as wide of a viewing angle as the Pimax 5K+, but it's still more expansive than most VR headsets at 120-degrees. Keep in mind, JVC is making a mixed reality device, not a VR device. 120-degrees is more than twice as wide as you get in the Magic Leap One or Hololens 2.

JVC Kenwood is developing a new display method for the upcoming headset. JVC's new method uses mirrors instead of lenses, which the company said reduces distortions such as chromatic aberration and allows for clear peripheral vision. 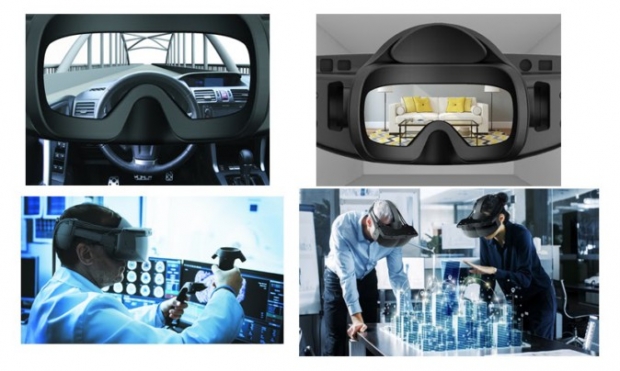 The upcoming JVC headset is a mixed reality device, which means your view of the real-world doesn't get cut off. Mogura VR describes the feature as a half-mirror for the image projection, which allows you to see beyond the mirror.

JVC intends to deploy these headsets in training simulations, such as pilot training. The idea is that users would see the augmented experience while interacting with physical props, such as the dials and switches in a cockpit.

The new headset also features SteamVR tracking, and it should be compatible with Vive wands and Index controllers. No word on when it would be available, nor how much it would cost. Suffice to say, the fact that it's for enterprise means it's going to be expensive.