MSI just let us know that it plans to #ChangeTheGame on November 20. MSI says to mark our calendars for the new MSI Game Changer in a little over eight days and five hours from now. 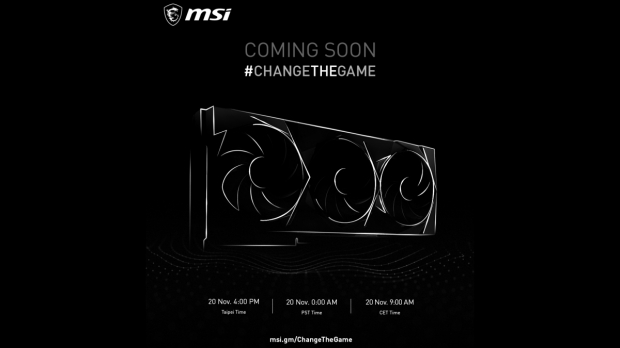 In the teaser image supplied to us by MSI, it's impossible to make out exactly what will be released. But we can obviously see that we are dealing with a graphics card - specifically a graphics card with what is likely going to include three 80mm cooling fans. Beyond that, we can't figure out much else.

We will likely be dealing with a high-end graphics card, but which one? Could it be the GeForce RTX 3090 Lightning or RTX 3080 Lightning? Or could it be something completely new and different? Maybe an entirely new line with mega insane overclocks out of the box? We really don't know. We're just going to have to wait and see what MSI has cooked up for us gamers.

MSI published a coming soon countdown page where you can see an animated version of the image above. We'll be sure to report more when we can. 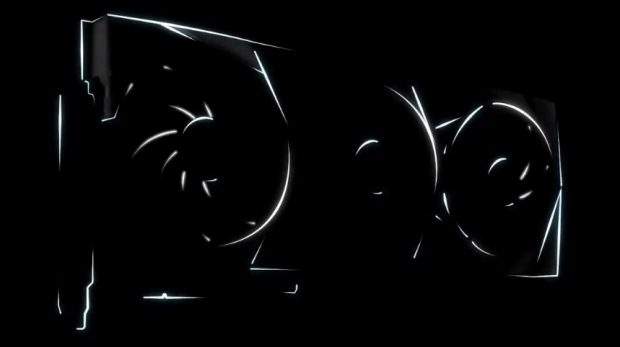