Call of Duty: Modern Warfare and Warzone is one of, if not the biggest game on the PC -- but now developer Infinity Ward has shrunken the storage used by the game -- which was really getting out of control. 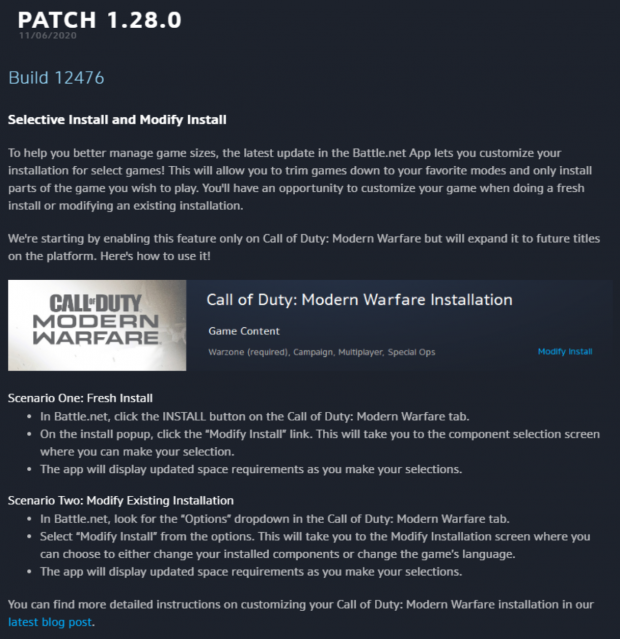 Infinity Ward's new update for Call of Duty: Modern Warfare and Warzone weighs in at 33GB, and introduces the beta version of Private Warzone matches. But the PC version of the game now packs texture streaming that will download high-resolution textures to your PC while streaming through On-Demand Textures Streaming.

The developers did this to reduce the overall size of the game, as it removes textures that you either don't use or get closed to in Call of Duty: Modern Warfare or Warzone. In the game, if you see or use an operator or weapon that has a high-res texture, it will be streamed to your PC when required.

On consoles, you won't have this option but what you will have is a now-optional high-resolution texture pack that you can download and install onto your Xbox or PlayStation.

There are minimum player counts for the new Private Warzone mode which are: