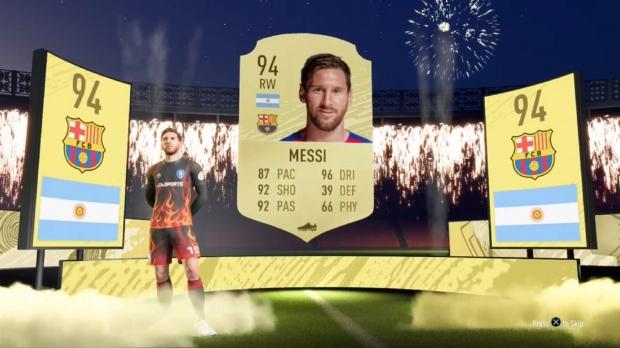 EA will face fines of up to 10 million Euros unless it pulls lootboxes from its FIFA games, city courts at The Hague, Netherlands have ruled. The case was initially sparked by regulatory body the KSA, who oversees all games of chance and gambling in the UK and Netherlands. The KSA investigated lootboxes in 2018 and found that EA's monetization tactic broke the country's gambling laws. In short, EA needs a license in order to sell lootboxes in its games. If it doesn't acquire one, it has to pull FUT packs from FIFA--a move that will put a dent in the company's billion dollar yearly revenues.

If EA doesn't remove the lootboxes nor acquire a license, then it can be fined up to 10 million Euros. The fine is technically for 5 million Euros, but it's doubled across EA's Swiss branch and the company's Redmond-based HQ in the United States.

"The fact that football players sometimes have a high value and that they can occasionally be traded constitutes a violation of the Gambling Act. Under Dutch law, a game of chance that allows a prize or premium to be won can only be provided if a relevant licence has been granted," reads a recent post from the KSA.

"The Ksa considers the violation of the law to be particularly serious given that a large number of children and young adults have access to Packs in the FIFA game and are particularly vulnerable to developing gambling addictions."

EA has appealed the decision, but courts have declared the appeals as "unfounded".

This move could radically change EA's business model, which depends mostly on lootbox-driven live service games like FIFA and Madden. EA routinely earns billions of dollars every year from in-game purchases and random lootbox mechanics, and in FY2020, the company earned $2.78 billion from live services, or 68% of its digital earnings.