We all know how hard NVIDIA's new GeForce RTX 3090 and GeForce RTX 3080 graphics cards are virtually impossible to buy worldwide right now, but news is surfacing claiming it'll be much easier to find a GeForce RTX 3070 that launches in just a few days time. 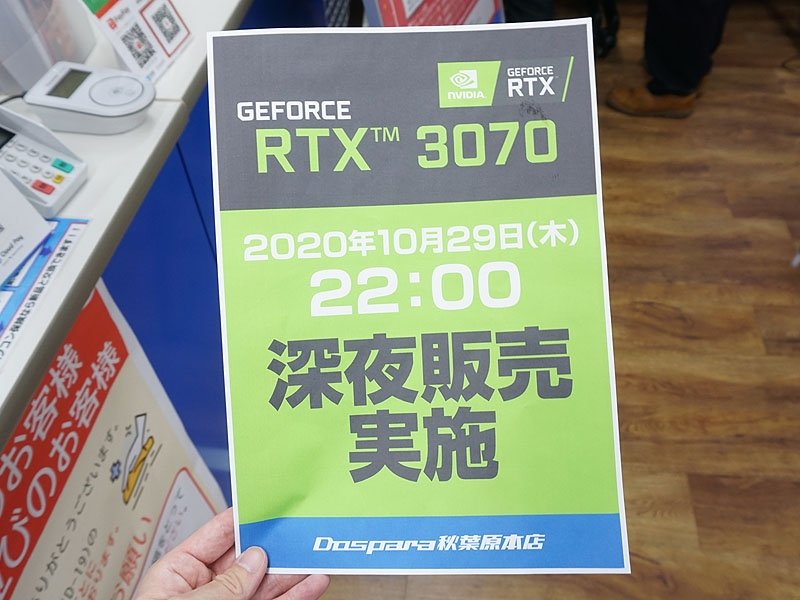 NVIDIA is about to unleash its new GeForce RTX 3070 which will offer GeForce RTX 2080 Ti levels of performance starting from $449, with a new report from PC Watch saying that various retailers in Tokyo, Japan suggest with much more RTX 3070s available for gamers than the RTX 3090 and RTX 3080 graphics cards.

In the Akihabara tech market-based in Tokyo, Japan one of the main retailers (Dospara) said that it will begin sales of the GeForce RTX 3070 at around 8PM JST, which is when the first tickets will be given out. PC Watch also talked to other retailers in the Akihabara market, who all said they will have much more RTX 3070s than they did RTX 3080s and RTX 3090s.

This should be the same worldwide hopefully, with more numbers of the GeForce RTX 3070 made available versus the higher-end RTX 3080 and RTX 3090. We will see when it launches at the end of the week.