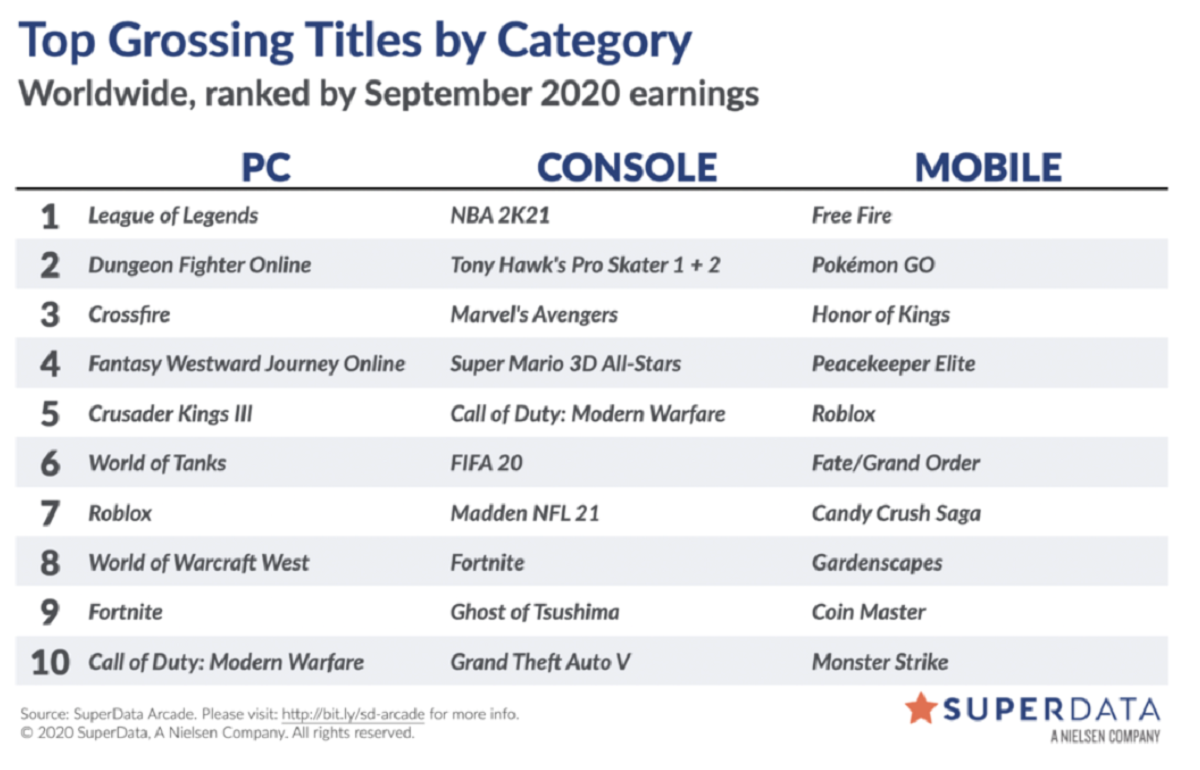 PC gaming was up slightly by 8% thanks in no small part to Crusader Kings III, which moved 1.1 million sales. PC gaming was dominated by the usual suspects like League of Legends, Dungeon Fighter Online, and CrossFire. Another big metric was how Rocket League players jumped by 193% after the game went free-to-play on the Epic Store and consoles.

Check below for a month-by-month breakdown of digital games earnings throughout 2020 (July was omitted due to incomplete information). 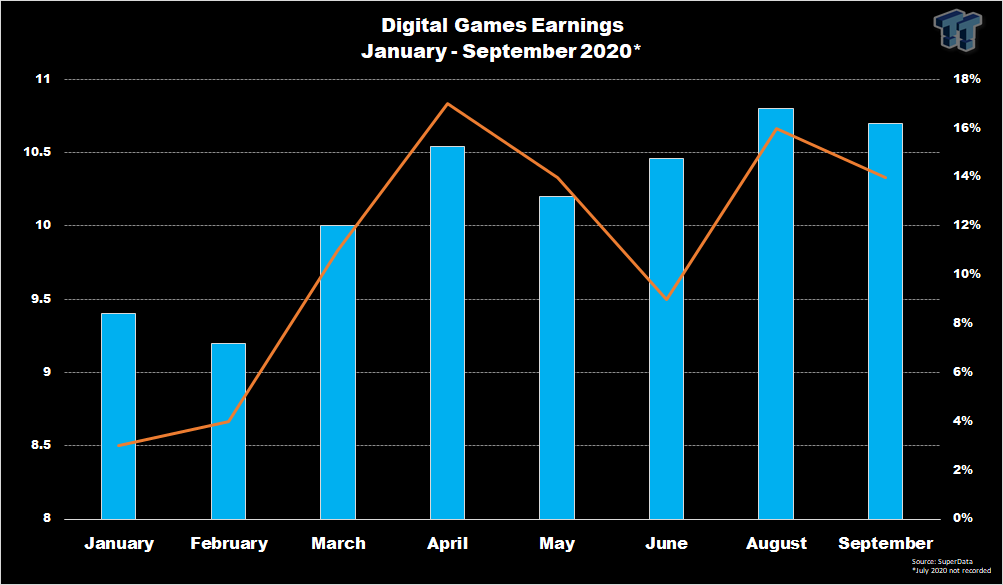