Cybersecurity magnate and drama magnet John McAfee has been arrested and faces multiple charges of tax evasion from 2014 to 2018. 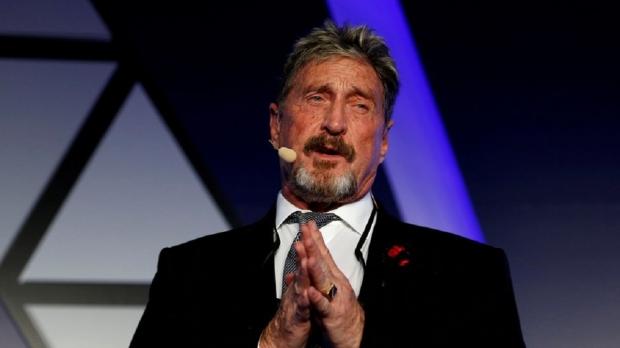 According to unsealed indictment documents filed in June, McAfee has avoided income tax for at least four years. From 2014 to 2018, McAfee was paid millions for various high-profile endeavors including consulting, on-stage events, promotion of cryptocurrency, and even selling his story for a biopic documentary. McAfee faces 10 total counts: 5 for tax evasion and 5 for failing to file income tax. If convicted, McAfee could face maximum charges of up to five years imprisonment for each count of tax evasion (25 years) and 1 year for each count of knowingly failing to file a tax return (5 years), equaling up to 30 years in prison.

The indictment alleges McAfee avoided taxes by channeling these funds to accounts in other people's names, including both cryptocurrency wallets and bank accounts. McAfee also allegedly hid major million-dollar assets from the IRS including vehicles, yachts, and real estate with mock ownership in others' names.

John McAfee has been arrested in Spain and will soon be extradited to the United States to face the charges.

Below is a copy of the press release from the United States Department of Justice, and here's a link to the indictment document.

Allegedly Hid Cryptocurrency, a Yacht, Real Estate and Other Properties in Nominee Names to Evade Taxes

According to the indictment, John McAfee earned millions in income from promoting cryptocurrencies, consulting work, speaking engagements, and selling the rights to his life story for a documentary. From 2014 to 2018, McAfee allegedly failed to file tax returns, despite receiving considerable income from these sources. The indictment does not allege that during these years McAfee received any income or had any connection with the anti-virus company bearing his name.

According to the indictment, McAfee allegedly evaded his tax liability by directing his income to be paid into bank accounts and cryptocurrency exchange accounts in the names of nominees. The indictment further alleges McAfee attempted to evade the IRS by concealing assets, including real property, a vehicle, and a yacht, in the names of others.

An indictment merely alleges that crimes have been committed. The defendant is presumed innocent until proven guilty beyond a reasonable doubt.

Additional information about the Tax Division and its enforcement efforts may be found on the Division's website.