Palmer Luckey has well and truly moved back into reality after almost single-handedly creating the VR market as we know it as the founder of Oculus, which was sold to Facebook for $2 billion. Now he heads up Anduril Industries, which just unveiled their first AI-powered Ghost 4 drone.

Anduril's new Ghost 4 drone are (very importantly) made in the USA. The new AI-powered drones are the first generation that can perform reconnaissance missions, according to Luckey, where the drones will fly out and search areas of land for objects of interest. This would include weapons, people, hardware (spy equipment), and more.

The new AI-powered drones are the first generation that can perform reconnaissance missions, according to Luckey, where the drones will fly out and search areas of land for objects of interest. This would include weapons, people, hardware (spy equipment), and more. 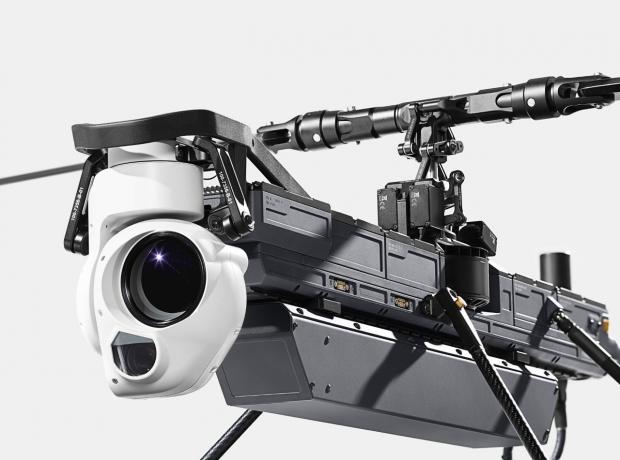 Anduril is using machine learning to analyze the images and video that the Ghost 4 drone takes, and feeds it back to base. The 2-meter aircraft can be toted around in a backpack, can survive flights through sand, mud, seawater -- all military operations and environments where it will be used.

The new Ghost 4 drone has a 100-minute flight time, and can be either remotely piloted -- or autonomously flying around on its own. It packs an array of cameras, radio-jamming systems, and lasers in order to identify and highlight targets.

Not just that, but Anduril's new Ghost 4 drone can also drop packages weighing up to 35 pounds. 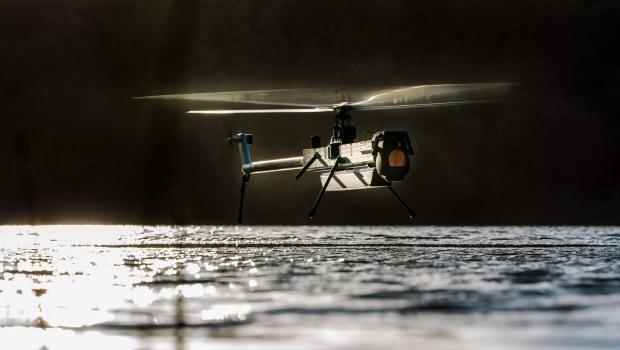 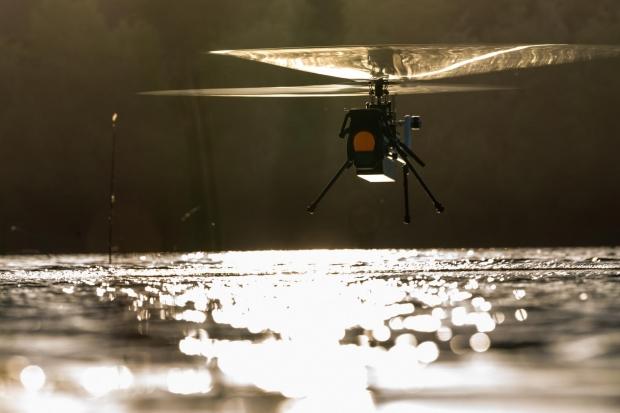 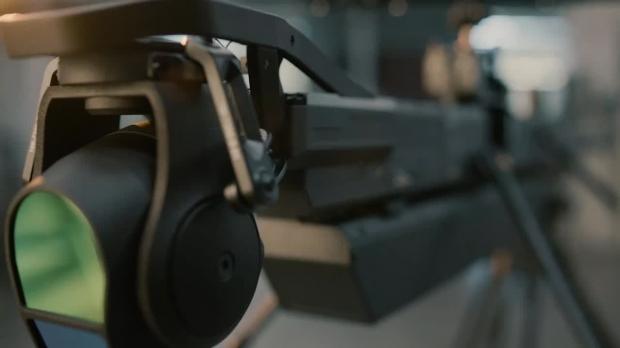 Just think of the military operations it is capable of... cameras, video, lasers, AI, deep learning, and it can even drop packages. Imagine an AI-powered drone flying over jamming enemy radar, so it's totally stealth -- and then dropping an important package in the middle of the battlefield.

Incredible stuff, and all made in the USA.

Luckey describes Anduril's new Ghost 4 drone as a "Swiss Army knife that can do everything".

Anduril's Ghost 4 drone is pretty versatile, with Luckey explaining: "One person can manage dozens of Ghosts". Better yet, Luckey says they can be "programmed ahead of time" in order to fly "dark" where the Ghost 4 will be monitoring a particular location or tracking suspects -- but get this, it will send and receive no data -- so it won't turn up on radio signals.

Anduril Technologies has some pretty big customers, including the US Defense Department, Department of Homeland Security, Customs and Border Protection, and The United Kingdom Ministry of Defence. All of these customers made suggestions for where Anduril could improve its previous-gen Ghost 1, Ghost 2, and Ghost 3 drones.

The company took in the suggestions, that would make future generations of the Ghost drone better for military operations -- but weren't publicly detailed. All of this back-and-forth eventuated in the Ghost 4, which is the very best drone that Anduril has made so far.

Luckey is even a step ahead of the US military itself, with Anduril leading the way, he explained: "We're usually building things that the government wants, but does not necessarily believe can be built. If we believe something can exist, we just make it as fast as we can".

... and Palmer is just 27 years old, making me question everything I've ever done with my life. He's off attempting to make the world safer, almost like putting a Shield around the Earth like Tony Stark wanted to do in the MCU.

It's great to see someone in the tech industry who has transitioned from being that 'Wonder Kid' to someone making genuine change, with his new company Anduril Technologies.