Microsoft celebrates the 25th anniversary of Windows 95 -- its most important operating system release of all time. It had industry-setting standards, features, and technologies -- that propelled Microsoft to OS dominance.

Ah, the golden years of PC -- where you had to decide on which Pentium to buy, how many megabytes of RAM you'd buy, the decision between IDE or faster (and more expensive) SCSI hard drives -- and whoaaa the introduction of CD-ROMs, and Creative Sound Blaster.

Oh, and who can forget the Start button, menu, and taskbar -- paradigm-shifting UI introductions with Windows 95 by Microsoft. Windows 95 has a laundry list of features that changed the operating system landscape and created total and utter OS dominance by Microsoft.

Here's just a few things that were introduced with Windows 95:

That might not sound like much at all -- but back then, it was like being able to see after years of being blind. Well, I guess looking at a text-based DOS versus the GUI and advanced features and supported technologies of Windows 95.

This was before the internet really took off, and Microsoft could definitely see the future there. 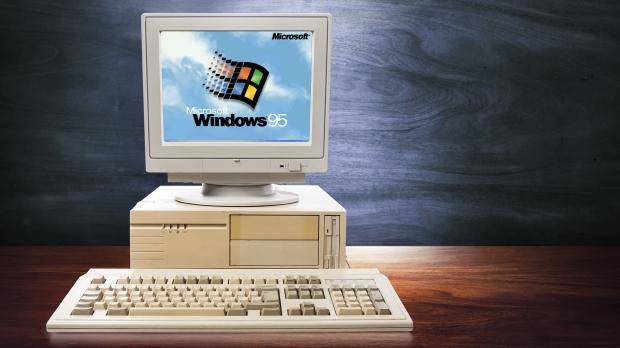