Ghost of Tsushima is getting a new free co-op multiplayer mode that allows four players to team up. But unlike most games, this mode won't be monetized.

The new Legends mode for Ghost of Tsushima is prime territory for microtransactions. It has action-based play, online interactions, multiple classes, and is a kind of separate add-on mode. But unlike most gametypes of this nature, Legends won't have any microtransactions. This is a sharp contrast to the multiplayer found in games like Mass Effect 3, Dragon Age Inquisition, and even Uncharted 4 and The Last of Us' Factions MP.

"There are no microtransactions in Ghost of Tsushima: Legends, and we have absolutely no plans to add them. All of the content is unlocked through play," Sucker Punch tells IGN.

So if Ghost of Tsushima's online mode is so perfect for mTX, why doesn't it feature any? 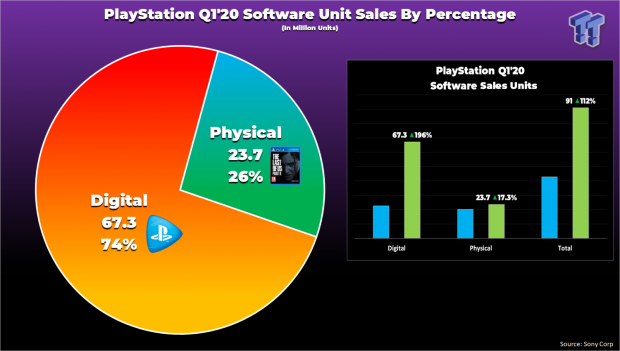 The company's PlayStation division just reported the best profits in video games history, and first-party game releases are basically a guaranteed sale on PS4. Out of the record-breaking 91 million games sold in Q1'20, 18.5 million of them, or 20%, were first-party titles.

These numbers were reported before Ghost of Tsushima released, and Sucker Punch's samurai epic managed to top the July U.S. sales charts.

Ultimately Sony doesn't have to rely on microtransactions to make recurring online-driven digital revenues. Its games are selling well enough to off-set the dropped player sentiment that comes with in-game purchases.