Sony's PlayStation brand made more Q1 revenues than any company in the history of video games. 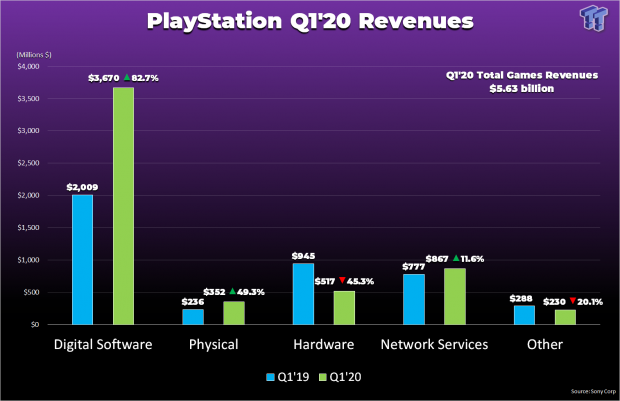 PlayStation pulled in 48% of Sony's total company profits ($2.17 billion) during the period. This is the best operating profit for PlayStation of any quarter ever. PlayStation revenues like software, which spiked tremendously, helped drive Sony's Q1 profits by over 50% year-over-year.

PlayStation's Q1'20 revenues are higher than all of Xbox's historical quarterly gaming earnings, even those in the holiday period, and are a historical high for Q1 PlayStation earnings. 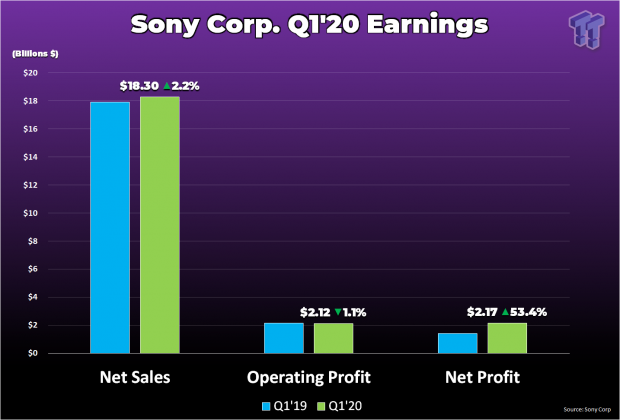 Sony owes this massive surge in earnings to digital, which skyrocketed due to COVID-19 lockdowns. Sony's digital game earnings are up 82.7% to $3.67 billion (yes, $3.67 billion in one quarter). 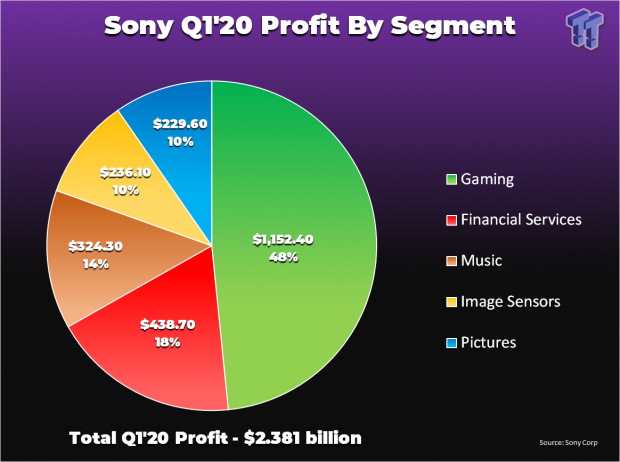 Sony's total-year forecast for FY2020 will likewise break gaming records. The company expects PlayStation to make $23.4 billion in revenues and $2.24 billion in profits on the backs of continued PlayStation 4 hardware and software sales, and the introduction of its next-gen PlayStation 5 console.

This would be the biggest all-time yearly revenues that any games company has ever earned.