July's best-selling game in the U.S. is getting a free online co-op multiplayer mode called Legends so you can samurai slash with friends. It turns out that multiplayer was always planned for Ghost of Tsushima from the start, and Sucker Punch's new online mode is a spin-off akin to The Last of Us' Factions mode, or even the ill-fated Comrades mode from Final Fantasy XV.

Legends is entirely separate from the core game, and you won't play as Jin. Instead you'll pick a samurai and go slashing with up to 3 other players and build up different legends. There's four character classes that all behave differently in battle: Samurai, Hunter, Ronin, and Assassin.

The content isn't grounded in reality, though, and is entirely fantastical. You will be playing through stories of myths and legends, complete with monsters straight out of Japanese folklore.

There's two ways to play that vary depending on how many people you're with. Two players can take on campaign missions and weave a legacy of deeds and trials. Four players get to battle in huge horde-mode style survival matches of skill and grit, with four-player teams slicing and dicing their way to victory.

Oh, and Legends is also getting its own four-player raid. It'll basically transform into a mini live game within a game.

Ghost of Tsushima: Legends will be a free add-on that releases sometime later this year. 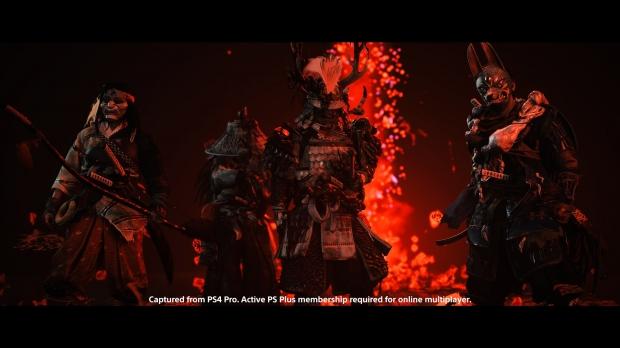