In 2 weeks, Apple will cut Epic Games off from the iOS platform completely unless Epic removes its direct payment option in Fortnite. Without Epic compliance, or court intervention, Fortnite could be removed from iPhones, iPads, and Macs forever. 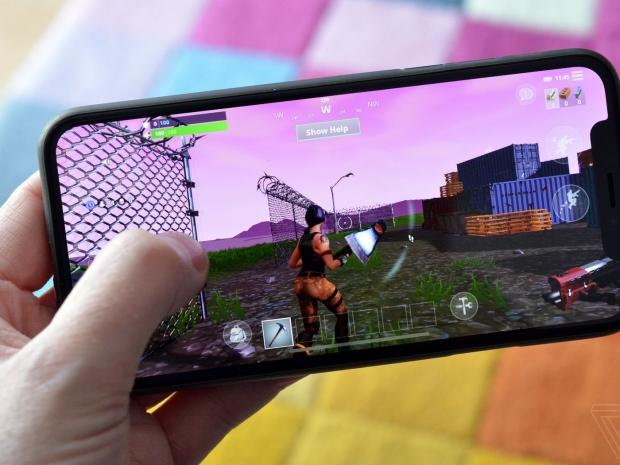 Epic's staged coup against Apple could have massive ramifications for the games industry. First Epic added a direct payment option to Fortnite on iOS that completely circumvented Apple's 30% revenue cut. Apple fired back by removing Fortnite from iOS. Epic predicted this, and had an anti-trust lawsuit at the ready, which it submitted to courts.

Now Apple is threatening to completely remove Epic's developer account from iOS if it doesn't remove the direct-pay system. Epic has two weeks to comply, or else its accounts will be closed and its iOS licensed revoked. If this happens, it won't just be Epic that's scrubbed off iOS. The entire Unreal Engine toolset will be removed too, and Epic would be forced to discontinue Unreal support for the platform. Epic is risking the ruination of one of its most lucrative business segments to force change.

Apple wouldn't just doom Epic, but it'd doom any developer that uses the Unreal Engine. Epic warns this would be "devastating," and rightly so considering any app or game developer must also release their game on iOS or else they'll miss out on the billions of users that own Apple devices.

Here's what Epic said in a recent court filing:

But Apple's August 14 notice was not even limited to Epic's iOS apps. It said that upon termination from the Apple Developer Program, Epic "will also lose access to the following programs, technologies, and capabilities" and gave an extensive list. That list specifically mentioned not just tools and capabilities related to apps for the App Store but also included matters related to the Unreal Engine, including "engineering efforts to improve hardware and software performance of Unreal Engine on Mac and iOS hardware".

Epic Games has no plans to relent or comply with Apple's terms. The court document says when--not if--Apple cuts off its developer program, it'll immediately harm its business as well as other developers.

When Apple terminates Epic's Apple Developer Program accounts, the consequences will be devastating. According to Apple's August 14 notice, upon termination, Epic will lose access to the widely available software development kits ("SDKs"), application programming interfaces ("APIs") and other developer tools necessary to develop software for use on iOS and macOS. As described in more detail in the Declaration of Nicholas Penwarden, dated August 17, 2020, without access to these SDKs, APIs, and other tools, Epic would be unable to develop future updates to the Unreal Engine for use on iOS and macOS, and would thus be forced to discontinue Unreal Engine for iOS and macOS.

This would be an existential threat to the Unreal Engine.

Many game developers rely on engines like the Unreal Engine to develop commercially successful games that will run across a wide range of gaming platforms, and over many generations and new versions of the game. Therefore, one key factor that developers consider when choosing an engine is the range of platforms the engine is compatible with, and the likelihood that the underlying engine they select will continue to support the major gaming platforms such as Windows PC and Mac computers, Xbox and PlayStation gaming consoles, and iOS and Android devices. An engine that cannot support Apple's platforms will not be a viable option for any developer that wants its software to be made available to the hundreds of millions of active iOS and macOS users, or even for those developers that want to reserve the possibility of expanding to iOS or macOS in the future.