Animal Crossing: New Horizons just sold more copies in a single quarter than most AAA games sell in their lifetime. 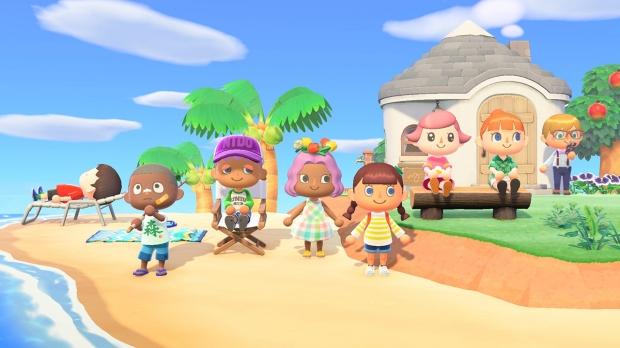 Nintendo's Q1 earnings are astronomical; the company's profits are up 541% to $989 million on the back of $3.3 billion in net sales. Switch made up $3.2 billion of net sales, or 92% of total earnings. Nintendo sold 5.67 million Switch consoles in Q1, more than twice any other Q1 in history, and beat all Q2 regions too.

Software is up a tremendously 123% to 50.4 million units, pushing total cumulative Switch software to 406.67 million, which beats the 3DS' lifetime software. 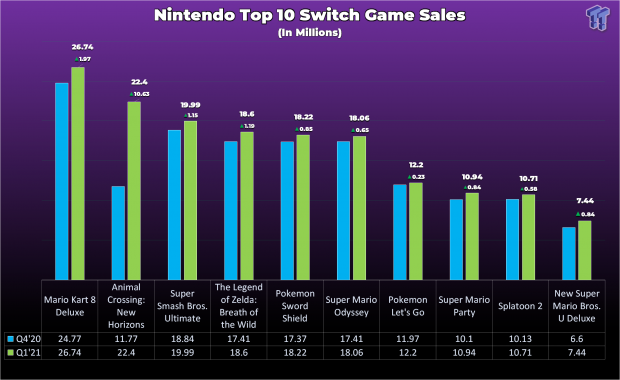 This huge push was driven by game sales. In particular, Animal Crossing: New Horizons, which sold 10.63 million units in a single quarter.

Total New Horizons sales now sit at 22.4 million, and takes the #2 spot in Nintendo's top 10 best-selling Switch games. This feat that was achieved in 14 weeks on the market.

For perspective, Mario Kart 8 Deluxe has 26.74 million sales after 164 weeks on the market. 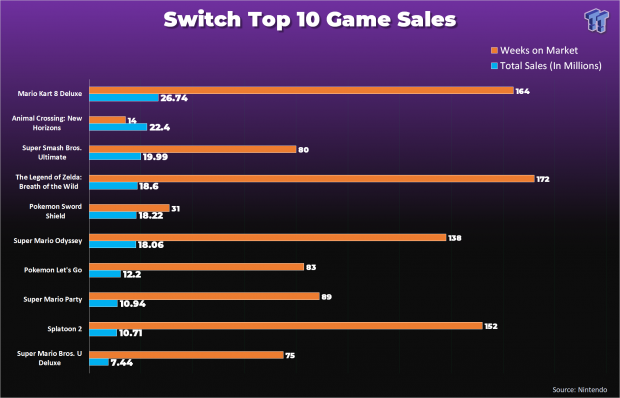 Digital was a huge part of these game sales due to COVID-19 lockdowns. Digital made up 56.6% of total game sales earnings, or $939 million. This represents a tremendous 229% spike in digital earnings year-over-year, a lot of which was driven by Animal Crossing: New Horizons.