Star Wars Squadrons is a $40 game for a number of reasons, and it looks like EA is changing how it sees Star Wars games. 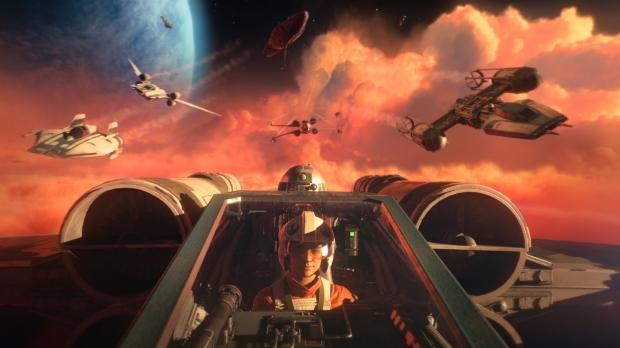 Typically when a game with online play is lower priced that means it'll have in-game purchases. mTX is a way to offset the lower retail price tag. On the surface, Star Wars Squadrons has the potential to be a big live service game monetized with microtransactions.

It has a grindy upgrade-based gameplay loop complete with cosmetic and game-affecting content, online multiplayer, and a campaign. It also fills a void left by Battlefront II, which has now been sunset.

But EA doesn't define Squadrons in this way. It's not a live game that'll have lots of expansion over time. Instead, EA sees it as a smaller-scale title. It simply doesn't have the wide, sweeping breadth as something like Battlefront II, FIFA or Apex Legends.

"Our games are on different scales. We designed Squadrons to really focus on Star Wars dogfighting fantasy. It doesn't have the breadth of some of our games and we wanted to make it more widely available (cross-platform, cross-play, VR). That's why we lowered the price to $40," said EA CFO Blake Jorgensen in a recent Q1'21 earnings call.

This is pretty surprising given Squardons has all the main features of a live game. There's also massive access with cross-play and full VR support across PC and PSVR HMDs. Usually when we see online play with cross-play and a particular gameplay loop, that means the game is monetized. But not Squadrons.

"We think about the expectations of our players first and foremost," EA CEO Andrew Wilson said. "This is a very deep and immersive game and we felt this is the price point given the depth and breadth of the game."

Squadrons will release October 2, 2020 for PS4, Xbox One, and PC, complete with full cross-play on all platforms. It's also coming to PC-powered VR headsets and PlayStation VR.