PC gamers from around the world want to see DOOM playable on as many devices as possible, and now that quest has made its way to getting DOOM running inside of games. 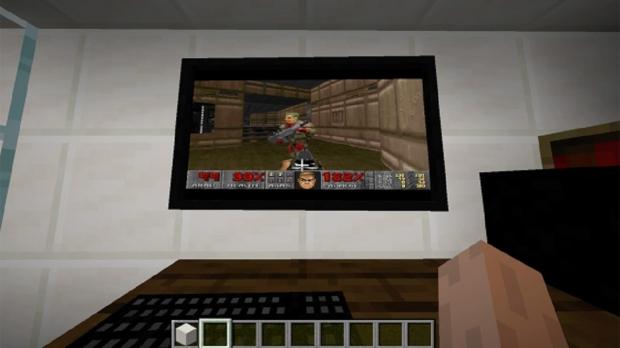 Thanks to Reddit user uDrunkMate, DOOM is now completely playable via a virtual PC inside of Mojang's creative title Minecraft. uDrunkMate has created a mod that allows players to order PC parts from a satellite orbiting around Minecraft; players can then build a computer and boot Windows 95 and other operating systems.

The mod takes advantage of another mod called VirtualBox, which is a free and open-source virtual machine software that is designed to run operating systems such as Windows 95. As you may have probably already imagined, there are some limitations when trying to play DOOM inside of Minecraft, and some of those limitations are frame-rate issues, as well as the fact that you have to play on a screen within a screen.